A number of East Coast Communities found themselves under flood waters following the heavy rainfall on Friday and Saturday. A broken pump also contributed to the dilemma in one community and a replacement was put in place yesterday following a visit by a government team. The Civil Defence Commission has been called out to begin lending assistance to flood affected residents along the East Coast of Demerara.

A number of East Coast Communities found themselves under flood waters following the heavy rainfall on Friday and Saturday. A broken pump also contributed to the dilemma in one community and a replacement was put in place yesterday following a visit by a government team.

During the visit to flood affected areas, representative of the National Drainage and Irrigation Authority, Frederick Flatts, said nearly all of the authority’s 58 pumps were in operation.

He said the floodwaters were not due to lack of pumps, but rather as a result of the heavy rainfalls.

Public Infrastructure Minister David Patterson, said a request was made by him for the Civil Defence Commission (CDC) to revisit the area in the coming days to ensure that affected residents are taken care of.

He added that several interventions will be taken by the Government of Guyana over time, while more immediately efforts will be made to provide relief to the residents. Among these efforts is the distribution of care packs, which include sanitation items, to ensure that the health of the residents is maintained. 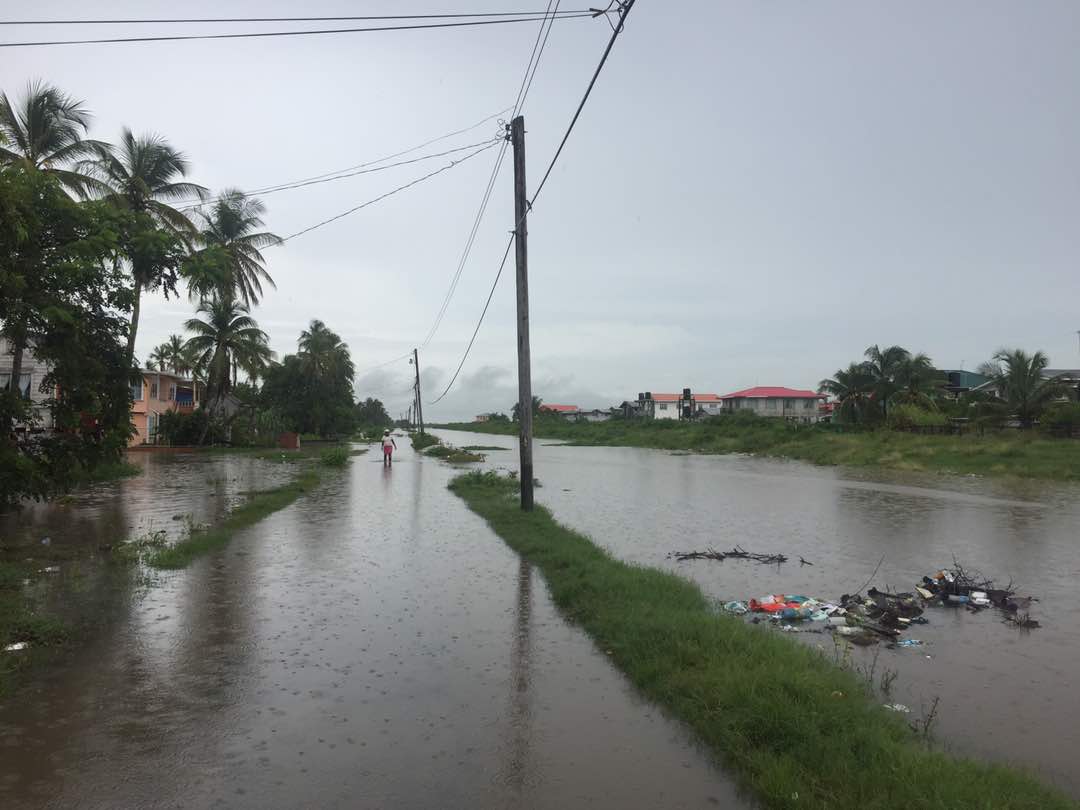 “We do empathize with the persons who are under water at the moment and we’ve asked them to take precautions for the next three days because the weather forecast does say that we will have rain,” Minister Patterson said. He continued, “We as a government, in combination with NDIA and GUYSUCO, will do our best to get the water off as quickly as possible.”

Meanwhile, it was revealed that long-term plans, including the construction of pump stations at Buxton, Vigilance, and Lusignan, are underway. Works have already commenced on the pump station at Vigilance and will conclude in the new year. “The fact that we are building these pump stations show that we recognise that there is a deficit,” the NDIA representative said.

With more rainfall predicted in the coming days, citizens are hoping for a break in the flooding. Some areas have reported that the flood waters have started to go down, but they fear that another day of heavy rainfall could see a reversal in that trend.