Mayor of Georgetown, Patricia Chase-Green called a press conference on Monday and made it clear that the full Council was aware her being invited to Mexico and Panama.

She said the assessment trip was paid for by the interested company and not the City. She said as Mayor, she accepted the invitation and chose the team she saw fit to accompany her.

A City Council statement today added that the Mayor has made it absolutely clear that the Council officials were not in Mexico and Panama to purchase parking meters since that is the job of the Procurement Committee.

She added that the trip pertained exclusively to further insight into the agency that has been awarded the contract, its system and its physical operation.

Meanwhile, Minister of Communities Ronald Bulkan has been provided with a copy of the parking meter contract signed between the City and Smart City Solutions following a request.

However, with regards to the full council not having personal copies of the contract, the Mayor stated that an informative session was held with the incumbent Council pertaining to the parking meter contract.

“The parking meter item was a decision of the previous council and the current members were brought up to date. However personal copies were not provided to the Councillors since a contract she said, is a private document in the care of the administration, which include the Legal Affairs Committee”, the release said. 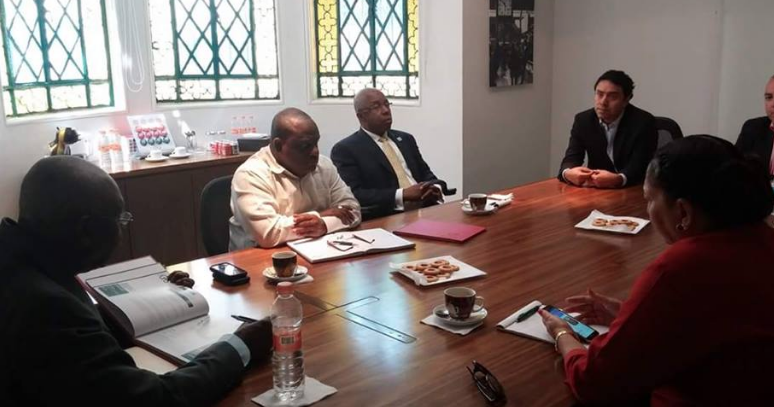 This she said does not prevent Councillors from seeing the contract as they can visit the relevant department, pursue the document and hand it back. She said however, “We took a deliberate decision not to share the contract because we wanted to secure investment.” This is because of bad experiences with sharing contracts, proposals and initiatives, only to have them taken away from the Council, she said.

According to the Mayor,  Smart City Solution Inc. will stand 100% of the cost to install and operate the parking meters in the city and the company  will also train and provide jobs for some 100 persons ranging from managerial, administration and operators of the system.

The city is expected to gain 20 percent of the fees and will reap other social and environmental benefits that were mentioned, according to the Mayor.

She announced that discussions are still ongoing on parking fees and no decision has been taken o the cost per hour for parking.

The parking meter project has been put on hold and Central Government has indicated that it wants to be provided with all information about the project.

The issue has been surrounded in controversy with several members of the City Council, including the Deputy Mayor, withdrawing support for the project. The Deputy Mayor who is also the head of the Legal Affairs Committee, has complained of being left in the dark with several aspects of the project and the company that has been handed the contract.

The contract that the Mayor keeps referring to may have been entered into with the company representatives more than a decade ago.