As the Commission of Inquiry continued today into the alleged assassination plot against the President, a “Diva” found herself on the stand.

A Police Corporal was also grilled on his perceived willful omission to inform the Commission of least one statement taken from a witness during the investigation into the alleged assassination plot.

Corporal Jermain Laundry made a second appearance before the COI after giving his evidence in chief on July 21st and was made to explain his reasons for failing to tell the Commission that he had taken a statement from Luana Walker, two days prior.

Although he was given an opportunity to divulge all important information and at the end of giving evidence he was further asked whether he had anything else to add, Laundry claimed he did not remember.

But the statement he took from the 42-year-old woman, in essence, discredits the claims of Andriff Gillard that he was offered money by Nizam Khan to kill the President. That statement was handed over to Laundry’s superior, Assistant Superintendent Caesar.

In fact, Laundry took a total of three statements in the investigation, at the Instructions of Caesar, all of which discredits the claims of Gillard. 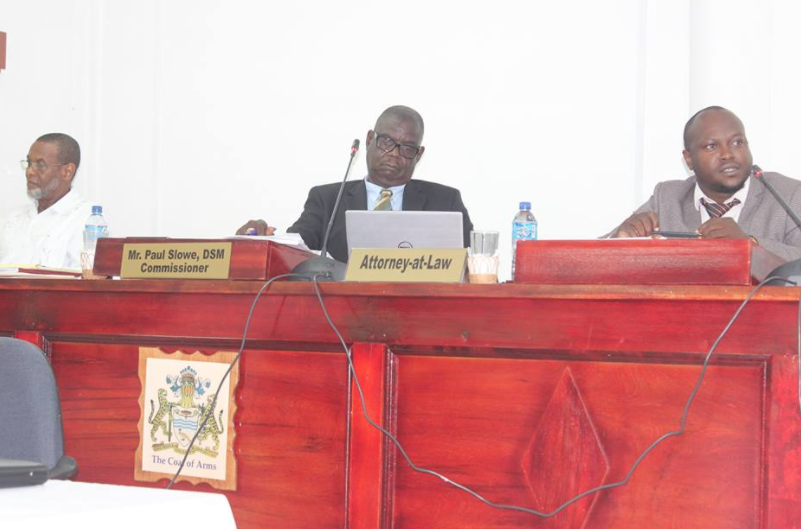 As the Commission placed emphasis on the statement of Walker, it was noted that the statement was devoid of dates, times and general details.

But Walker appeared on the stand just after Laundry and insisted that although she could not recall some details, her statement was true.

She told the Commission of a conversation between herself and Gillard where he told her of his plans to go to the police for Khan.

Walker’s testimony was sketchy as she could not recall intricate details, but she told the Commission that there was a dispute between Khan and Gillard which prompted Gillard to come up with a scheme to put Khan behind bars.

She said when she read about the matter in the press she knew that Gillard was lying on Khan and went to the police to give her statement.

“When I read the thing, I say this thing getting out of hand and I decide to go to the police. I left and went to the station and tell them everything he tell me he was planning to do the man,” she said.

Walker said during a conversation with Gillard he told her of plans to “loss Khan in away in jail”.

“I told him [Gillard] don’t do that. You know ungratefulness is worse than witchcraft. I told Andriff don’t do that, this is a person that put him on his feet, better you go and work obeah on the man than staining him like that,” she said.

She said Gillard told her that “he [Gillard] will go and say that he [Khan] paid him to kill Granger.”

Walker said she doesn’t know Khan except for a few times when he visited her salon where Gillard once rented a station.

When asked what were Gillard’s exact words to her, Walker recalled: “he say diva when I finish doing what I have to do I will loss him away in jail, he tell me you know how long he ask me to kill the President.”

Walker also claimed that Gillard’s wife once told her that she wanted to go to the station and tell the police what he was planning to do to Khan.

She said Gillard had told her that he believed Khan was sleeping with his wife.