The report said that the Commission of Inquiry believes Khan had considerable influence in decisions of Persaud in relation to police transfers and promotions, reminding that the Commissioner’s early intervention in the matter lends credence to this belief. The findings of the Commission of Inquiry into the plot to assassinate President David Granger supports the conclusion by Police Legal Adviser, Claudette Singh that the allegations made by businessman, Andriff Gillard, that he was offered money by Nazim Khan to Kill the President was tenuous.

However, the report lashed out at the Police for conducting a sloppy investigation into the allegations.

In a leaked copy of the report, seen by News Source, the Paul Slowe Commission said that it is evident that there is “bad blood” between Gillard and the main suspect, Imran Khan.

“The Commission finds that the story told by Andriff Gillard of an offer made to him by Nizam Khan to assassinate the President to be quite remarkable,” the report stated.

This contention of doubt in Gillard’s story was also advanced by retired Chief Justice Ian Chang, Attorneys Christopher Ram and Glen Hanoman who appeared before the Commission to represent the Police Force, Police Commissioner Seelall Persaud and businessman, Imran Khan.

The Commission in its report which was submitted to the President said the evidence was tenuous because the report was made by Gillard more than 20 months after the alleged offer was made.

The Commission also noted that during this period, Gillard had made several reports to the Police against Khan but never once made mention to the police or anyone else of any offer to assassinate the President.

The statements of three witnesses who testified during the public hearings also discredits Gillard’s story. The Commission noted, however, that there is serious question about the credibility of those witnesses.

Gillard had claimed that he didn’t make the report earlier but the Commission reminded that after he was evicted, he moved into a house just next door to Khan’s residence.

The Commission said Gillard does not appear to be someone who was scared of Khan, pointing to his presence at the COI on several occasions as a member of the audience. 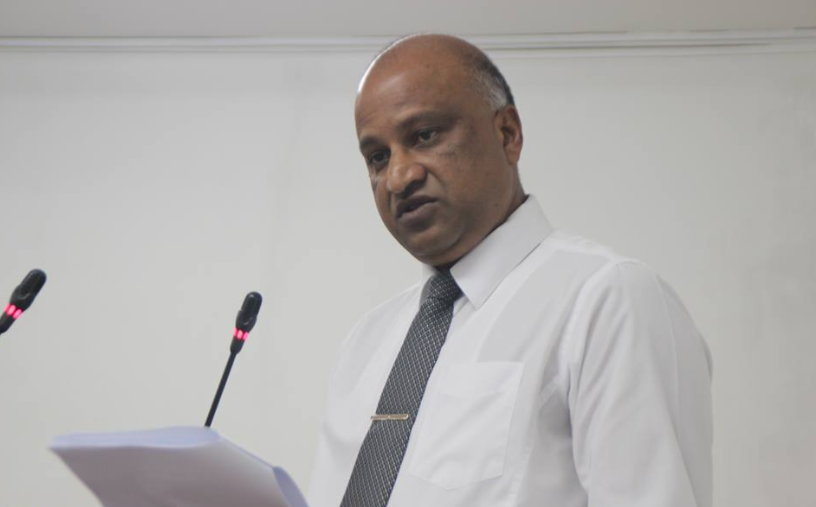 The report stated, however, that it should be noted that some aspects of the allegation and related matters have “a ring of truth” and was confirmed during the inquiry.

“These include the close relationship between Imran Khan, the brother of Nizam Khan, and Commission Persaud.

The Commission also found that the Police conduct in the matter was far from satisfactory and lacked the diligence that was required by a professional investigative body.

“There was no doubt that the response of the police was conditioned by the fact that Imran Khan had a known close relationship with Commissioner Persaud and other members of the GPF.”

The report said that the Commission of Inquiry believes Khan had considerable influence in decisions of Persaud in relation to police transfers and promotions, reminding that the Commissioner’s early intervention in the matter lends credence to this belief.

“This no doubt caused the investigating ranks to be apprehensive,” the report added.

The report has recommended the firing of Commissioner Persaud, the reassigning of several ranks within the Criminal Investigation Department and the disciplining of other senior ranks.

The President is expected to examine the recommendations after discussions at the Cabinet level. (by Kurt Campbell)