The simple ceremony celebrated the achievements of the students and also brought recognition to the hard work of the parents and teachers for bringing students to this point in their lives. The Ministry of Education on Friday presented awards to the top performers at this year’s National Grade Six Assessment (NGSA).  The award ceremony was held at the Princess Hotel and was well attended by parents, teachers, Regional Education Officers, and senior functionaries of the Ministry.

The simple ceremony celebrated the achievements of the students and also brought recognition to the hard work of the parents and teachers for bringing students to this point in their lives.

Chief Education Officer, Olato Sam, in his opening remarks encouraged parents to continue to support their children through their Secondary education as they did during Nursery and Primary.

He noted that the trend of parents allowing children to go through their secondary school life with little or no support, needs to stop; “it needs to be reversed,” he said.  Mr. Sam encouraged parents to be partners in this process, “We know that successful students at every level of this education system are successful because of the quality of the support they received not just from the institutions they attend but, from their families,” he continued.

The Ministry will work and support the efforts of the other students who sat NGSA this year as they too have worked hard.

Similar sentiments were echoed by the Honourable Minister of Education, Dr. Rupert Roopnaraine as he addressed the gathering of more than one hundred and sixty students and their parents.

NGSA is an achievement for the school system as much as it is for the students who sat the exams. Dr. Roopnaraine in his address acknowledged that the private schools have been putting out top performers asserting that, “we had become accustomed to a history of excellence from our public school system, but somewhere along the line, the primacy of public education at the primary level has been challenged.”

In conceding that private institutions account for approximately half of the total showing in the top one percent, he said that the rise of private primary education should be seen as a challenge for the public education sector, to become more competitive in the delivery of core services. 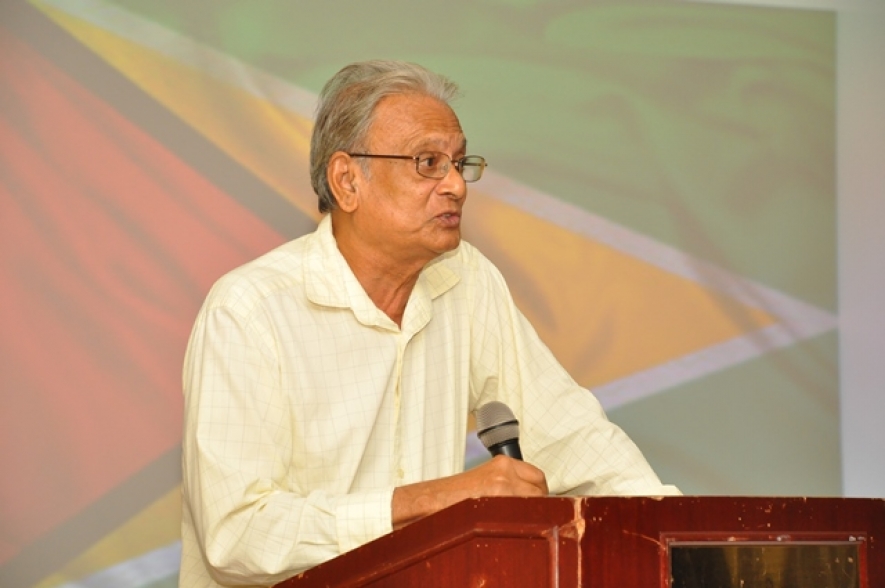 The Education Minister reiterated his commitment to ensure that there is equity in education so that the distribution of excellence is no longer skewed towards coastal communities.

He pointed out that at this year’s NGSA, Georgetown and the rest of Region 4 account for 120 out of 166 students in the top 1%, which, he says, shows that skills and resources in education are inequitably dispersed. “This is the challenge to which we must rise; we owe it to our hinterland students to end their deprivation. They must get their fair share of our investment in education,” he stated.

The Ministry of Education wishes to thank  Princess Hotel and Fun City for contributing to the celebration of excellence.

In collaboration with the Ministry of Education, Princess Fun City Entertainment Centre treated the awardees to games, movies and refreshments immediately following the award ceremony. The Ministry also wishes to thank Ms. Zena Bland- 2015 Miss Guyana UK, and Fly Jamaica for being part of this significant ceremony.

This year, Region 9 was recognised as the most improved Region, attaining a 6% increase in overall performance of candidates. 166 candidates emerged as the 2015 NGSA Top Performers, 94 females and 72 males.

Top NGSA performers will also be benefiting from the One Laptop Per Family Programme. (Ministry of Education- July 10, 2015)