"They are doing everything that they can to frustrate the industry and calling these strikes unnecessarily", Holder said. As sugar workers attached to the Guyana Agriculture and General Workers Union (GAWU) entered their second day of strike action today, Minister of Agriculture, Noel Holder said he is convinced that the strike action is “clearly political”.

GAWU is closely linked to the opposition People’s Progressive Party. The Agriculture Minister said the union body may not be appreciative of the turn around that the industry is currently seeing.

In a telephone interview with News Source, Minister Holder said he cannot understand the reason for the current strike since the industry is experiencing a turn around in its fortunes and there is now “good weather” for cane harvesting.

The sugar workers are pushing for increased wages.

In a statement, the union insisted that “the immediate reason for this closure is the Guyana Sugar Corporation Inc (GuySuCo) continuing postponement of discussions with their Union – the Guyana Agricultural and General Workers Union (GAWU) – on the wages issue for this year (2015). The Union’s wage claim was submitted to GuySuCo since March 08, 2015.”

But the Agriculture Minister is not buying that excuse. He said he does not understand how GAWU expects the sugar company to begin negotiations when the Commission of Inquiry into the sugar industry has only recently been completed and the findings are expected to officially be presented soon.

“They are doing everything that they can to frustrate the industry and calling these strikes unnecessarily”, Holder said.

When pressed as to why he would consider the current strike action unnecessary, the Minister of Agriculture told News Source that “I do not think that they have a justifiable reason to strike. We have beautiful weather and everything is fine, what are you striking about. They are striking and saying that Guysuco don’t want to get into negotiation for wages…so they want negotiations to start while the results of a Commission of Inquiry have not come forward”.

The union representing the workers has stated that it has been urging GuySuCo, over the past months, to begin negotiations.

“At a meeting on September 16, 2015, the Corporation fixed October 07, 2015 to begin to address the Union’s claims for wages and adjustment to certain fringe benefits. This date was set to follow the conclusion of the work of the Sugar Commission of Inquiry (COI) which was expected to be on September 30, 2015. However, the Corporation by letter dated October 06, 2015 to the Union requested a further deferment”, GAWU said. 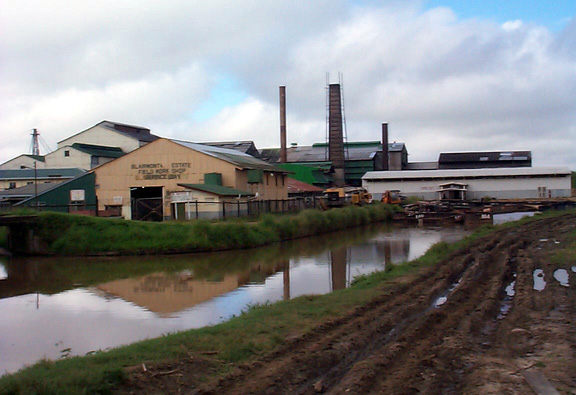 Minister Holder said he still believes the strike is a bad call by GAWU and the government will not allow itself to be sucked into the issue and have the sugar industry used as a political football “as was done by the previous government.”

He said the government intends to act on the findings of the Commission of Inquiry and ensure full reform for the sugar industry.

Guysuco recently recorded increased production for the first time in a long time. The government has credited that improved performance to its management changes and attempts to see the industry reformed.

The strike by the workers is expected to end on Tuesday.