The exchange at Tuesday’s meeting was related to the matter of ethnic imbalance where the Chairman reportedly challenged Benn to provide the statistics to support his conclusion.

According to Commissioner Vincent Alexander, the Chair also countered the argument by providing stats which show differently.

Alexander, joined by Commissioner Charles Corbin and Desmond Trotman also refuted Benn’s claims, saying that there was no way to truly tell the ethnic makeup of GECOM’s staffing.

He said there has been an ongoing unpleasant and undiplomatic engagement between the Chairman and Commissioner Benn.

“The culmination of that impasse today caused the Chairman to adjourn the meeting because he told him that he will not continue to allow him to disrupt the meeting and will only engage him when he is speaking to issue on the floor.”

Alexander said with GECOM moving rapidly to Local Government Elections, there were some issues that had to be finalized at today’s meeting which could not have been done.

“The fact of the matter is from the moment the Chairman assumed office there has been a disconnect and sometimes disruptive interaction coming from a particular Commissioner that may have culminated today… I don’t feel the meeting should have been adjourned and the matter was handled as it should but I understand the Chairman reacted to an ongoing state of affairs,” he added. 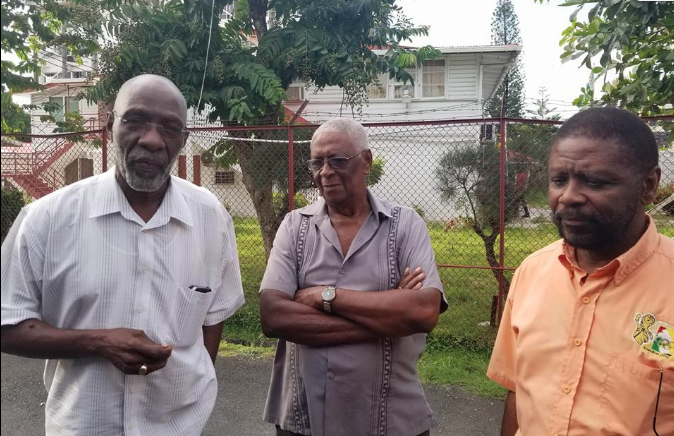 Alexander said Benn was challenged to provide facts and evidence to support his public statements that there were more Afro Guyanese employed at GECOM than any other ethnic group, but Benn could not provide statistical evidence

He nonetheless, maintained his position.
Alexander himself could not say what is the percentage and drew attention to the fact that GECOM does do not keep information on the ethnicity of its employees.

A statement from the opposition nominated commissioner said he was prevented by the Chair from defending his position and when challenged he adjourned the meeting.

“Upon resumption, the Chairman announced that Commissioner Benn would not be recognized and therefore prevented from participating in the remainder of the meeting.  We were therefore forced to walk out of the meeting,” the statement added.

The Statement further added, “we view this as a blatant attempt to censure and muzzle discussion on critical and important issues at the Commission in general, and in particular contributions on issues regarding ethnic diversity in hiring practices at the Commission.”