Attorney General Basil Williams on Wednesday indicated that Justice Chang may be off of the job long before February as he is expected to proceed on his entitled leave. More than a decade after being appointed as acting Chief Justice of Guyana, Ian Chang will be up for retirement in February 2016 and the government has commenced the hunt for a new High Court Judge to be appointed to the position.

However the administration is unwilling at this point to release names.

Attorney General Basil Williams on Wednesday indicated that Justice Chang may be off of the job long before February as he is expected to proceed on his entitled leave.

Mr. Chang has been acting in the CJ’s position since 2000 after Chief Justice Carl Singh started to act as the Chancellor of the Judiciary.

Justice Chang according to the Attorney General, has never taken the 10 weeks annual vacation leave since then, but Mr. Williams said the government will need to look to see if it was lawfully deterred over the years before it is granted to Chang.

The Attorney General told reporters that a current Judge would have to be appointed and he indicated that he is currently having discussions with the President in that regard.

“I don’t wish to divulge names at this time,” Williams said, when asked about the identity of the persons being considered for the position.

He explained that before the person is appointed, consultations will need to take place between the President and the Leader of the Opposition as is mandated in the constitution. 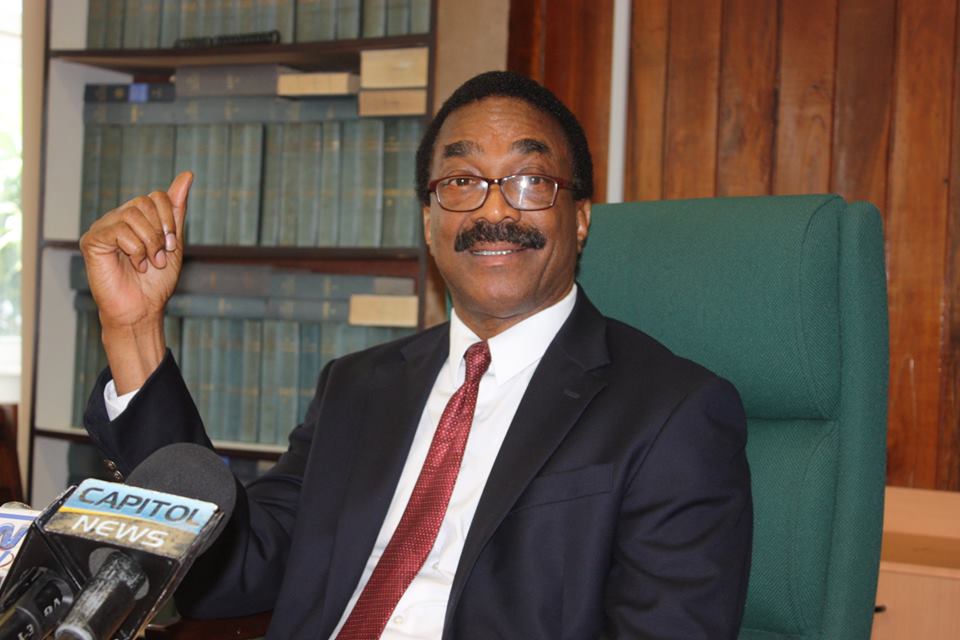 He insisted that in keeping with the requirement of the government, all public servants must take their leave, indicating that the process for appointing a new Chief Justice would have to be expedited.

“But that person who acts in his position until his retirement would have to be a person appointed by the President following consultation with the Opposition Leader,” Williams explained.

The Attorney General said the government remains committed to its elections promise to break the deadlock over the appointment of a consensually agreed Chancellor and Chief Justice and to bring an end to the alleged practice of appointing governing party cronies to the Magistracy and Judicial Bench.

There have been calls for Acting Chancellor , Justice Carl Singh, to be confirmed in his position.