In an invited comment on Friday, State Minister Joseph Harmon brushed aside criticisms and contended that the appointment of an REO is not one which requires a public service commission approval. The APNU+AFC government is defending its decision to appoint former Alliance for Change (AFC) Member of Parliament and 2015 elections candidate Dr Veersammy Ramayya as the Regional Executive Officer (REO) of Region #6.

In an invited comment on Friday, State Minister Joseph Harmon brushed aside criticisms and contended that the appointment of an REO is not one which requires a public service commission approval.

“It has always been a quasi-political appointment,” Harmon said.

Ironically, the APNU and AFC while in opposition had criticized similar appointments made by the previous People’s Progressive Party administration.

Harmon reiterated that there was no issue with a political appointee as REO .

But the Minister of Communities Ronald Bulkan, on several occasions had said that posts such as REOs should not have political appointees

He clarified that the appointment is also contractual and said it was important that there was no blockages to the provision of government service in the Region #6 area.

The Region was won by the People’s Progressive Party at the last elections and as such is chaired by a PPP representative.

“We have received reports of awards of contracts in that area and it was the government’s view that because of sums of money to be spent in the region and the mall window between now and December that we did not want anybody in the position that would affect the flow of resources to the people,” Harmon said.

Dr. Ramaya had campaigned for the party in Region Six and the coalition’s 2015 rally at Whim was held in front of his home. 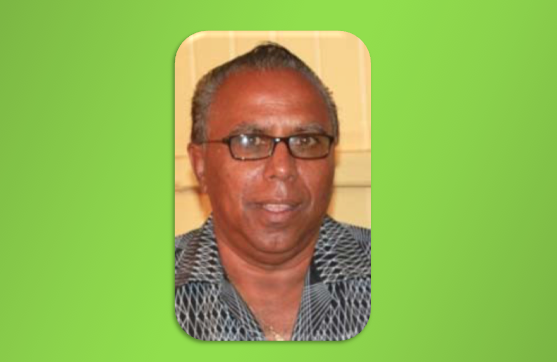 He seemed disappointed when he was not offered a position after the May elections and told News Source, during a telephone interview on Thursday that his appointed as REO was as a direct result of his recent protest.

“We fully support the appointment of Dr. Ramaya and his own popularity and experience in Region #6, the fact that he has won and election against PPP in that area demonstrates his capacity to perform in this area of government’s business,” the Minister said.

All ten Regional Democratic Councils (RDCs) were recently elected and while some persons were re-elected to their post as Chairpersons, some new officials were elected.

It was Bulkan himself who had supported the move to send the former Region #9 REO Claire Singh packing when the new government took office in May.

He claimed then, that Singh was placed on the Region 9 Council under the former People’s Progressive Party (PPP) government and had not been “professional” in the execution of her duties.

Carl Parker, who was listed on the APNU+AFC list has replaced Singh while Rafael Downes, who was also a candidate is functioning as the REO of Region #8.