Mr. Lucas told members of the press today that the GRA under the new board intends to give priority to the protection of tax payers’ data and treat all tax information with utmost sanctity. The Chairman of the Board of the Guyana Revenue Authority (GRA), Rawle Lucas has denied reports that GRA officers carried out any raid on the home of Commissioner General Khurshid Sattaur, who is currently on 200 days leave.

Mr. Lucas told members of the press today that the GRA under the new board intends to give priority to the protection of tax payers’ data and treat all tax information with utmost sanctity.

He said the removal of several items from the home of Commissioner General Khurshid Sattaur was done with agreement from Mr. Sattaur and Sattaur volunteered items that were not necessarily wanted.

Sattaur was asked to proceed on leave by the Board to facilitate a comprehensive audit of the agency by an international firm.

Mr. Lucas clarified that from a total of six vehicles, inclusive of a golf cart, four of those were removed from Sattaur’s home and returned to the GRA. They allowed Mr. Sattaur to keep one vehicle and the golf cart.

In addition, the Agency has also disconnected a linkage that existed from Sattaur’s home to GRA servers.

Sattaur’s worked in the Information Technology Department of the GRA but has since tendered his resignation.

Other information and property were removed from the Commissioner General’s home but the Chairman has insisted that it was only done to ensure the protection of tax payers’ information. 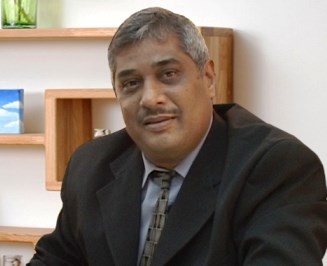 “We were compelled to protect the data of tax payers… we wanted to ensure that we retrieve the property of the organization and the government, “the Chairman added.

The Board has been coming under considerable criticism for its move to repossess the items. Lucas said the firearm that was returned was submitted voluntarily by the Commissioner General.

“At no time did the staff demonstrate discourtesy or disrespect for Mr Sattaur,” he added, while explaining that the Commissioner’s home was never searched and the items were handed over after contact was made with him.

The Chairman said there are allegations that taxpayers’ information was leaked in the past which is being investigated.

He said the Board will ensure that a proper mechanism is in place to achieve the aim to protect information entrusted to the GRA.

According to Mr. Lucas,  he is fully aware that there is little confidence that tax payers’ information is secure, but he insisted that stern action is being taken to ensure that all information is stored in the central storage system of GRA.

“There will be little flexibility and anyone found with tax payers’ info will be made to face the full degree of the law… tax payers info is the property of the government of Guyana and no one else. When the government says you must give it up, you give it up,” the Chairman explained.  (Kurt Campbell)