Over 4000 sugar workers in the Berbice area received retrenchment letters in December, ending their service with the state-owned sugar company. The move forms part of efforts to reform the cash-strapped sugar industry, which has been on the decline for over a decade. The Guyana Trades Union Congress (GTUC) has described the treatment being meted out to retrenched sugar workers as “callous” and has fired off at their former employer, the Guyana Sugar Corporation.

In a Saturday evening statement, the GTUC it has has been viewing the handling of issues related to the sugar workers with “deep concern”.

Over 4000 sugar workers in the Berbice area received retrenchment letters in December, ending their service with the state-owned sugar company. The move forms part of efforts to reform the cash-strapped sugar industry, which has been on the decline for over a decade.

The Government has stepped in with $2 Billion to begin the severance payments for the workers.  That money, however, will only cover half of the payments and the Government intends to pay the other half by mid year.

But the GTUC is not moved by the Government’s gesture and is pointing out that “the natural occurrence with closures is that there will be loss of jobs, and those workers who are affected will have to be treated as redundant. The failure of GuySuCo, the employer, in paying the workers their prescribed benefits, at least at the pay day immediately following their date of termination, speaks to callous approach in treating with workers’ welfare.”

According to the GTUC, sugar workers were taken down the same road back in 2010 under the previous government, when GuySuCo refused to pay severance to the affected employees at Diamond Estate.

“To acquire this benefit workers sought the service of Attorney-at-law Khemraj Ramjattan, who is now Vice President and Minister of Public Security. It was only after the deprivation of benefit was brought before the court by Ramjattan that the Bharrat Jagdeo Government intervened and had GuySuCo pay the workers.” 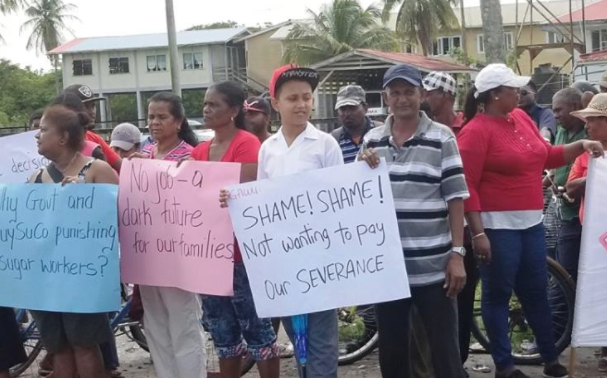 Fast forward to 2018 and the GTUC believes that alhough the political tables have turned, “behaviour has not changed”.

The Union said whereas it recognises President Granger’s commitment that affected workers will be paid 50 percent of their severance by this month-end and the remaining in the second half of the year, “this is not good enough”.

The umbrella union body said what is even more troubling is the fact that no budgetary allocation was made to cover the severance of the affected  workers and that shows that no premium has been placed on the concerns of the workers.

“GTUC sees this is a worrying sign and intensification of the Government’s attacks on workers’ rights, across the board.”

The Union said Government must be mindful that claims of being conscious and caring about the affected workers would not be deemed credible and sincere, since severance should have been paid at time of termination, so these workers can move on with their lives.

Additionally, the union believes that with the large number of workers being laid off, there should have been a plan in place to cushion the socio-economic impact to them, and the institutions and communities that rely on their income.

“The debacle of the sugar industry is heavily attributed to the arrogance and belief by politicians that they have all the answers to every problem, and how they feel about issues is the only thing that matters. Continual refusal to engage with all stakeholders not only to inform but garner feedback in addressing the dilemma will breed bad blood and rend the nation further asunder”, the union said. 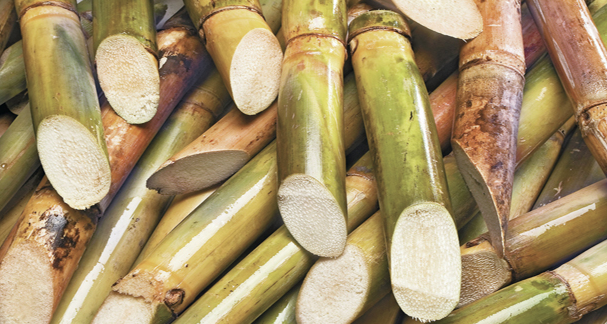 Guyana’s sugar industry started to decline more than 10 years ago as the European Union slashed its price for sugar and some states diverted from cane sugar to other cheaper types.

The move by the EU resulted in many CARICOM countries being forced to bring an end to sugar production. The EU provided more than $32 Billion to assist in cushioning the effects of the fall out, its unclear how that money was used to prepare for the ongoing problems in the industry.