The new promise of full liberalization by the end of April 2018 will be complete with the accompanying regulations and the establishment of the Telecommunications Agency, Hughes said. During her contribution to the National Budget debates on Tuesday, Minister Hughes said the Ministry will continue to work with the aim of achieving all its benchmarks.

The new promise of full liberalization by the end of April 2018 will be complete with the accompanying regulations and the establishment of the Telecommunications Agency, Hughes said.

The Minister told the National Assembly that already, the Ministry has created the structure to house the Agency and put in place a range of deliverables.

She updated that while the government has not signed off on the liberalization agreement, it continues to make good progress in this regard.

The Ministry is also looking to put in place spectrum and frequency management systems that are workable.

Liberalization of the sector, for which legislation has already been assented to by the President, will put an end to uneven competition and ensure fair and even regulation of all businesses in the sector.

Minister Hughes said the criticisms of the government’s Information and Telecommunications drive that emanated from the opposition benches since the budget debates commence on Monday were “hot air” and an attempt to deceive the Guyanese people.

“This government is not tired, it is moving rapidly ahead and the Ministry telecommunication has achieved a majority of its benchmark,” she added.

The Minister outlined several new projects to come on stream in 2018 and cautioned that it was no recycling of “old PPP projects.” 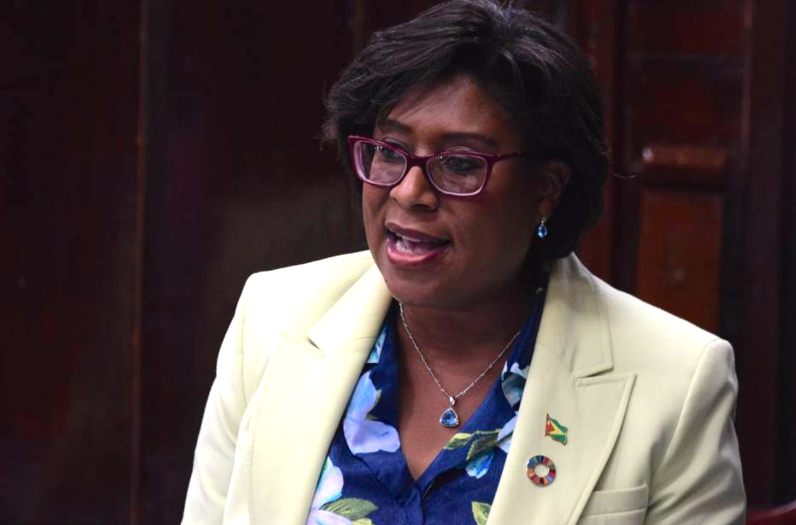 The government said it will be moving to have the benefits of a competitive ICT industry passed on to the consumer in the form of improved services, added coverage, and reduced cost.

The administration is in the process of securing funding of US$37.6 million, to implement the first phase of the Smart Guyana programme, a national broadband initiative to expand e-Government network.

This will allow for the upgrade of the existing LTE network, upgrade and construct data centers, provide capacity building, outfit smart classrooms, and eLibraries, launch eHealth solutions for remote health care services, and increase our closed-circuit television capacities towards a Safe City solution.

To this end, the government has allocated $2.3 billion to commence work on this initiative, in 2018.

In addition, a further US$17 million has been earmarked to ensure that vulnerable groups and far-flung hinterland communities, which might otherwise be excluded, are provided with the necessary infrastructure, hardware, and software that will enable access to high-quality ICT, training and e-services.

Implementation of this project is anticipated to commence in 2018 and, on completion, will see over 89,000 residents, in approximately 170 communities, having access to over 200 eGovernment ICT hubs.

The touted Centre of Excellence in Information Technology (CEIT), an ICT finishing school geared to bridge the gap between academia and industry, is slated for completion in 2018.