Jagdeo spared no words and described the Minister as "mediocre and incompetent" while accusing him of opening up opportunities for corruption within his Ministry. Natural Resources Minister Raphael Trotman’s performance is being hailed as unsatisfactory by the Parliamentary Opposition.

The Minister was sharply criticized by Opposition Leader Bharrat Jagdeo during a Press Conference on Wednesday.

Mr. Jagdeo opened the briefing by lashing out at the Minister for what he considers, the poor management of the natural resources sector.

Jagdeo spared no words and described the Minister as “mediocre and incompetent” while accusing him of opening up opportunities for corruption within his Ministry.

The Opposition Leader said there were several recent positions taken by the Minister which on the surface appear to advance national interest but were actually dangerous for the future of the country and well being of citizens.

The former President raised particular objections to Trotman’s announcement that the government was moving to review the contract which the former PPP government signed with Exxon Mobil.

The contract was signed back in 1999 under Jagdeo’s Presidency.

“I am always concerned when Ministers/politicians get involved in negotiations with oil companies,” Jagdeo said in response to the Minister’s announced move to have the outdated agreement reviewed.

He said such engagements could lead politicians to sell out national interest while taking money in the process for doing so.

The former President wants Trotman to explain fully what is the reason for the review and whether the oil giant will get more concessions from the government. Jagdeo also wants to find out who are the persons or agencies to oversee the review. He said Trotman was mediocre and accused him of taking bad advice from the people around him.

“The oil and gas sector will be an important sector… it is absolutely important that Guyana gets the best agreement,” Jagdeo said, as he urged the government to hire the best Lawyers and Advisors to get the job done.

He said a review could lead to a potentially bad agreement that harms national interest and threatened to review any new agreement, once the PPP gets back into power.

“We cannot allow one Minister who is unprepared and incompetent to sell out our national interest,” he added. The Opposition Leader said the government has been reluctant to give information in the National Assembly and said the hands of Opposition MPs are tied when it comes to questioning agreements that the government enters into. Jagdeo was also critical of the the Minister’s recent trip to Norway and said his claims of a success was dishonest. 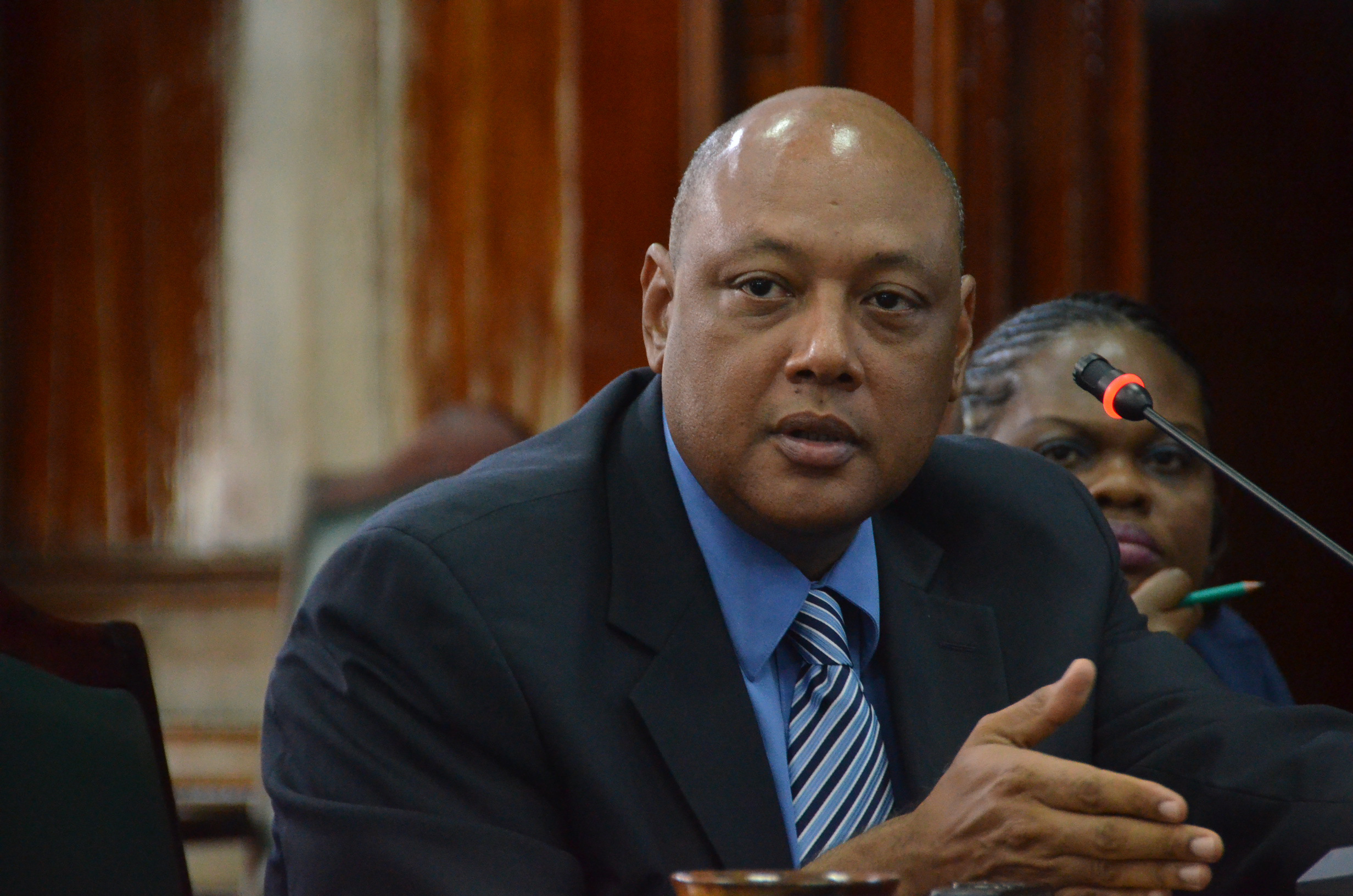 Jagdeo told media operatives that the $250 million deal with Norway was negotiated by the PPP government at a time when Trotman and the then opposition sought to have the the deal quashed through their objections.

But the Opposition Leader did not stop there, as he turned his attention to the government’s push to establish the Extractive Industries Transparency Initiative (EITI) here. Jagdeo said the implementation of EITI here must not ignore the realities of the country. He fears that some small companies may be subject to increase administrative costs.

“It has to be done in a sensible manner, yes to enhance transparency but also to avoid additional cost to small businesses in the sector.” Mr. Jagdeo said Trotman must stop taking advice from people around him and be his own man. “I am worried that the Ministry is being run on auto pilot because he does not understand the technical nature of the issues.”

Jagdeo’s rampage continued into the Wildlife Management Bill where he rejected the role the Minister will play in the import and export of wildlife. He said an opportunity for corruption has been opened.

While Jagdeo lashed out at the government’s handling of natural resources, he was silent on the increase in gold declarations that have almost doubled since his party left office.