The Opposition Leader said he believes that President David Granger should remove Senior Counsel Williams from his post as the Minister of Legal Affairs. Opposition Leader Bharrat Jagdeo on Monday called on President David Granger to sanction Attorney General, Senior Counsel Basil Williams, over his utterances in the High Court before a sitting Judge.

The Opposition Leader said he believes that President David Granger should remove Senior Counsel Williams from his post as the Minister of Legal Affairs.

He said this can be done by either demanding his resignation or by a transferring him to another Ministry.

During a press engagement last Friday, Mr. Williams refused to commit to offering an apology, as requested by Justice Franklin Holder, but indicated that he is prepared to work with the Judge to resolve the issue.

In the letter to Acting Chancellor of the Judiciary, Justice Holder indicated that he wanted a sincere apology from the Attorney General over his behaviour in his courtroom.

But the opposition continues to insist that Williams threatened the Judge’s life. Jagdeo said he has also taken note of attempts in the press to blame the Judge for what has happened. 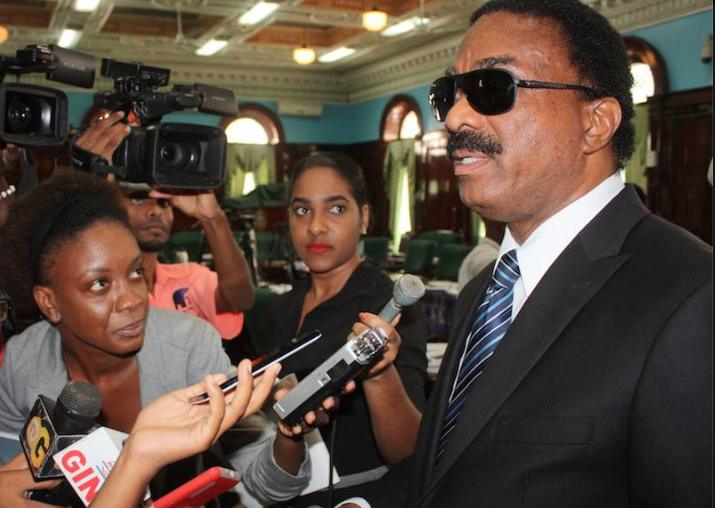 Jagdeo said he is happy with the course of action taken by Justice Holder to write an official complaint to the Acting Chancellor and not complain to the President or cite Williams for contempt of Court.

The Opposition Leader said the statements before the Judge were not made by an ordinary lawyer but by the Minister of Justice, Attorney General and leader of bar and they must be treated as such.

The President said last week that he has already asked Williams to explain what transpired.

Attorney General Williams, believes the statement by the Judge vindicates his position that he had never issued any death threat against the Judge.