At a press conference today with the Minister of Public Security and Officials from UNICEF, Rights of the Child and the Legal Aid Clinic, the youth recalled his years behind bars without being found guilty of a crime but just waiting on a trial. When he was first arrested and detained on a murder charge, Ian Henry had just turned thirteen years old. His case dragged on for the next six years and he was only recently released after the Office of the Director of Public Prosecutions made a decision to drop the charge against the youth and discontinue the case.

That result came after representation from the Rights of the Child Commission, the Legal Aid Clinic and UNICEF.

While Henry is free today, his thoughts appear to still be with the many youths who have been left behind and who have been robbed of most of their youth by “the system”.

At a press conference today with the Minister of Public Security and Officials from UNICEF, Rights of the Child and the Legal Aid Clinic, the youth recalled his years behind bars without being found guilty of a crime but just waiting on a trial.

He said he he lost a right to an education and a the right to growing up, telling reporters that now that he has completely missed his secondary education years, he might be forced to simply attend a trade school.

Henry who is from the Baramita community explained that his story is not a unique one and there are many children who are still in the state’s detention because of the lack of representation.

The Rights of the Child Commission has started to look into the cases. It was during a visit to the Juvenille Detention Centre that officials met Henry and learnt of his story.

Unicef soon became involved and together, the two bodies were able to get legal representation for him.

But CEO of the Rights of the Child Commission, Amar Panday, said more needs to be done to tackle the problem of unrepresented children behind bars. He said a number of international conventions are being violated and Guyana must move to change that. He welcomed the recently passed Juvenille Offenders Bill and said it is a step in the right direction to ensure justice is no longer denied and delayed for Guyana’s young people. 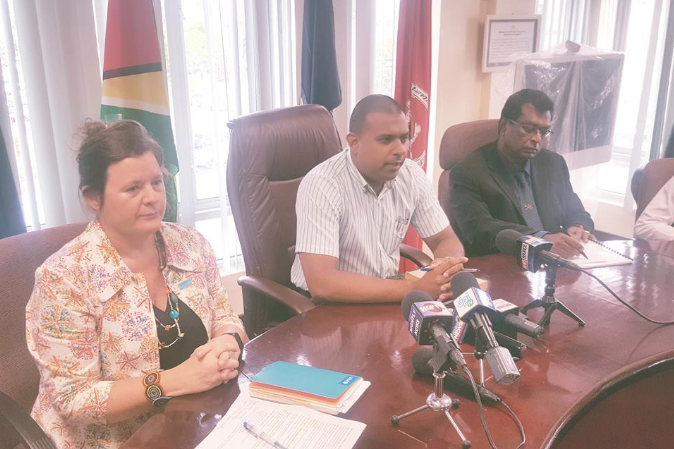 The UNICEF representative in Guyana, Sylvie Fouet, also spoke at the press briefing and welcomed the new bill that will soon become law. She said stories like the one shared by Ian Henry are many and her organisation will continue to work with other groups to ensure the children are represented.

Public Security Minister, Khemraj Ramjattan, said the issue “hurts” his heart. Reminding that he worked as a Defense Attorney for over two decades, he said it is good to see the problem being addressed. According to Ramjattan, under the recently passed Juvenile Offenders Bill, children will be protected and a number of petty crimes that targeted children will be removed. He said it will be a costly exercise to ensure many of the recommendations of the Bill are enforced, but the government is committed to the process.

The Rights of the Child Organisation and its partners are currently looking into the cases of several other children, who remain in state detention and are unrepresented.