Responding to suggestions from Commission Counsel, Everton Singh-Lammy, the Mayor said she did not find it "peculiar" that the Town Clerk had sought legal advice for a motion against him, because the laws governing the Council gives the power to the Town Clerk to seek legal advice on matters. Georgetown Mayor, Patricia Chase-Green was back on the stand at the Commission of Inquiry examining the operations of the Georgetown City Council, this morning.

She faced questions about the failed no confidence motion against Town Clerk, Royston King.

The motion was presented to the Council back in March of this year.

Responding to suggestions from Commission Counsel, Everton Singh-Lammy, the Mayor said she did not find it “peculiar” that the Town Clerk had sought legal advice for a motion against him, because the laws governing the Council gives the power to the Town Clerk to seek legal advice on matters.

She said she could not on her own go out and get legal advice because that is not covered by law.

The Mayor told the Commission that she was made aware that the Town Clerk sought the advice from his Attorney, but she explained that she later learnt that the same Attorney, Maxwell Edwards, was part of the battery of lawyers who offer advice to the Council from time to time.

According to the Mayor, the Town Clerk did not want the no confidence motion to make it on the agenda at all, but she insisted that it be placed on the agenda and be addressed by the full Council.

“I said regardless of your advice, put the motion on the agenda”, the Mayor said. 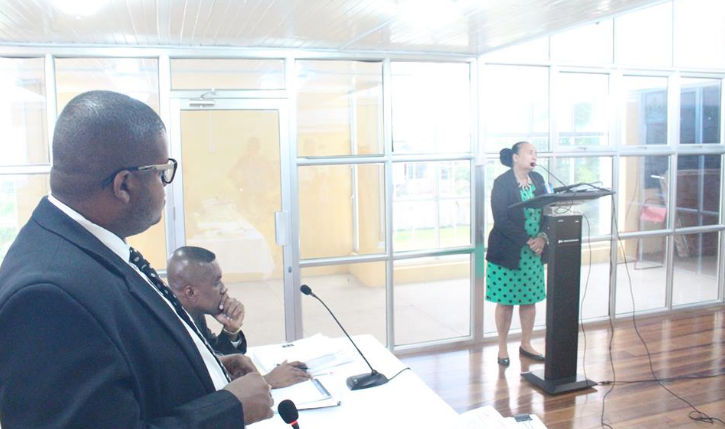 She explained that once it was placed on the agenda, she sought the Council’s approval for it to be read and she received that approval.

Mayor Chase-Green told the Commission that once the motion was read, the Council was also informed that advice had been offered in the matter. The advice offered was that there should be some amendments to the motion or it should not be put forward in its current form.

According to Chase-Green, the Councilor behind the motion, Sherod Duncan, was asked to make amendments and he refused.

She said the Council then voted to accept the advice that was offered and did not proceed with the motion.

Under questioning from her Attorney, Lindon Amsterdam, the Mayor again stated that under the law governing the Council, she could not have sought legal advice for the Council on her own. 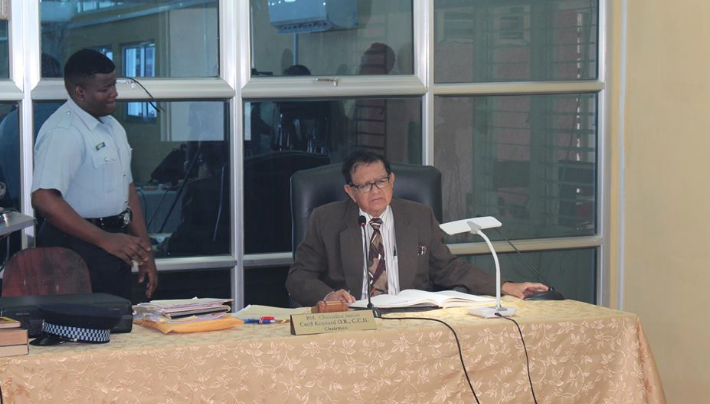 Chairman of the Commission, retired Chancellor, Justice Cecil Kennard said in his own opinion, he believes that the Mayor should have sought independent legal advice since it was the Town Clerk that the motion was against and he was the one seeking advice.

He asked the Mayor if she thought that was properly done. The Mayor responded that it was done and she followed the law on the issue and allowed the Council to deal with the matter.

The Mayor also told the Commission that had the motion been passed and put to a debate, she would have asked the Town Clerk to recuse himself from the matter.

She reminded that this was not the first time that a no-confidence motion was brought against a Town Clerk and in previous occasions, the previous Town Clerks also sat and took part in the matter as it was brought before the Council.