COI Chairman to Mayor Chase-Green: “Could you shut up”

On Friday at the Commission hearing, the Mayor was explaining that although she is the Mayor, she would have to follow the instructions of the majority of the Council and would not make decisions on her own. The Commission of Inquiry into the management and operations of the Georgetown City Council became tense on Friday afternoon as Commission Chairman, retired Justice Cecil Kennard warned the Mayor about her “rude” attitude and told her to “shut up” and listen to the questions.

At the time of the exchange, the Mayor was being grilled by Attorney for the Commission, Everton Lammy, about her role in not allowing a no-confidence motion against Town Clerk, Royston King, to proceed.

That motion had been brought by former Deputy Mayor, Sherod Duncan, but it did not get too far as the Council adopted the opinion of the Town Clerk’s legal advisor to not proceed with the motion.

On Friday at the Commission hearing, the Mayor was explaining that although she is the Mayor, she would have to follow the instructions of the majority of the Council and would not make decisions on her own.

When it was put to the Mayor by Attorney Lammy that by presiding over the City Council’s meeting, she had authority over the other Councillors, the Mayor objected.

When the Attorney asked the Mayor whether she understands what the word “preside” means, she said she does but added that she does not make unilateral decisions.

It was at that stage that the Mayor was told that as Mayor, she was the Captain of the ship.

She responded by saying “that even though you are the Captain of the ship, if there is a storm ahead of you, and all of the sailors are saying to you that you can’t go into the storm. Will you continue to go into the storm?”, she questioned. 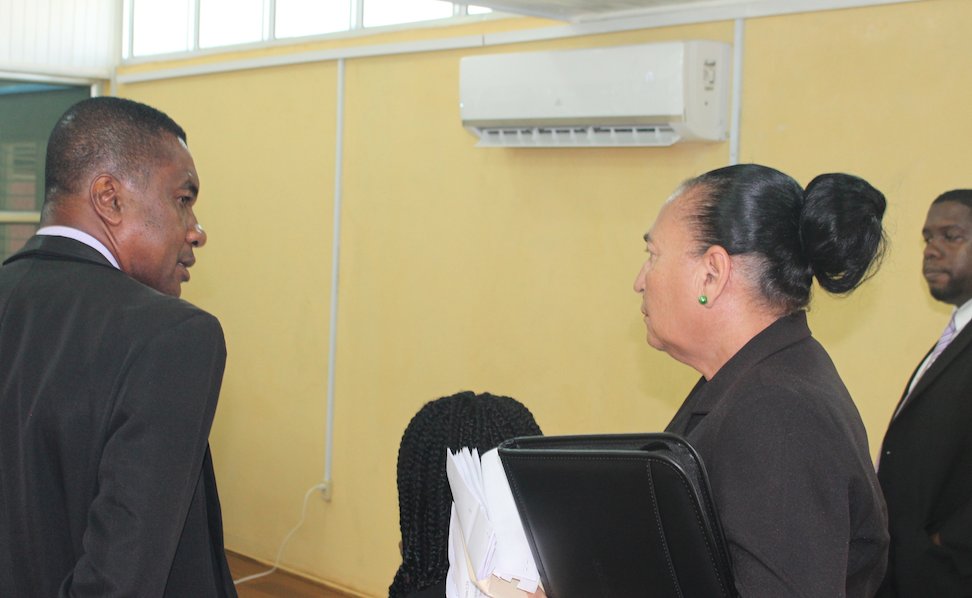 The Mayor objected and explained that she was not being rude. Justice Kennard did not like that response and told the City’s Chief Citizen that she should “take that sort of attitude to City Hall, not here”.

Mayor Green responded that she was not attempting to be rude. At that stage, an incensed Justice Kennard told the Mayor, “Could you shut up and listen the questions”. He then instructed the Attorney to resume with the line of questioning.

Earlier, the Mayor’s Attorney Lyndon Amsterdam had told the Inquiry that the Mayor followed the law in dealing with the no confidence motion. He explained that when legal advice was offered in the matter, the Mayor had the Council vote on whether it would accept the legal advice.

The Commission Chairman posited that it was improper for the Council to adopt legal advice of the Town Clerk’s Attorney. To that, the Attorney told the Chairman that they would have to go to the law to show that the advice was improper.

The Commission of Inquiry was put together by the Local Government Commission following several complaints about the Town Clerk and his management of the City’s affairs.