Although, setting up permanent structures along the recreation area would be against the city's by-laws, Mayor of Georgetown, Patricia Chase-Green is in possession of a copy of the proposal and intends to present it to the statutory meeting of the council. A group of cosmetologists and barbers who are plying their trade on a section of the Merriman’s Mall want permanent structures to be set up, even as the City Council has given them six-months notice to pack up and move from the temporary location.

The vendors have put forward a proposal for the construction of shops along the mall between Cummings and Light Streets and they are awaiting a decision from the City Council.

Although, setting up permanent structures along the recreation area would be against the city’s by-laws, Mayor of Georgetown, Patricia Chase-Green is in possession of a copy of the proposal and intends to present it to the statutory meeting of the council.

However,  the Mayor has explained that the proposal will also be taken to the Public Health Department and then it will be left up to the council to either consider or reject the proposal.

The plan details a similar setting as exist in another section of the Merriman’s Mall.

The Mayor, however is mindful of the operators’ situation stating that the City Council “is trying to put a human face..” to the situation.

The cosmetologists and barbers initially operated on the pavements in the Stabroek market area but were temporarily moved to the present location in the run up to last year’s independence celebrations. 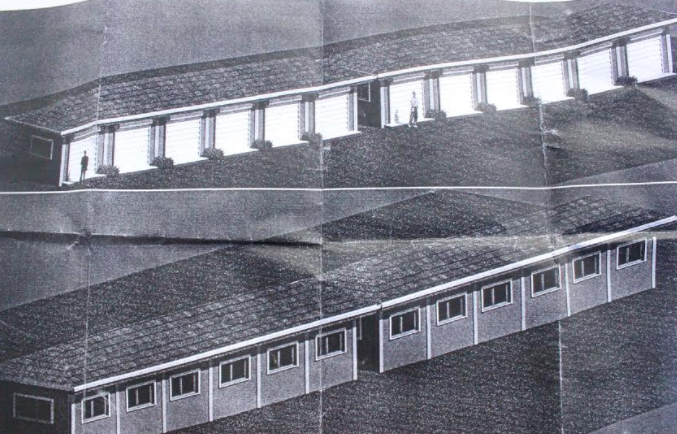 Last month, Mayor Chase-Green had indicated that they operators on the Mall were given one month’s notice to remove due their inability to keep their end of the initially agreement to maintain the surroundings and pay-up an agreed fee.

This followed a demolition of several operational and non-operational stands before a subsequent decision by the council was taken to have them remain for an additional six months during which time they are expected to seek alternative arrangements.

Mayor Chase-Green has expressed approval with the present state of the area when compared to week ago.

Several shabby tents have been replaced and the environs have received a facelift.

Those operating on the Mall have expressed a willingness to work with the council as they continue to plead their case for continued operations on the Mall. (by Handel Duncan)