New PPP MPs attend Parliamentary briefing along with others

The MPs attended the session ahead of a Sitting set for Thursday, July 30. However, Party General Secretary Clement Rohee told reporters on Monday that the PPP remained unsure whether it will attend the Thursday sitting. Nine persons who were named to represent the opposition People’s Progressive Party (PPP) in the 11th Parliament attended a briefing for Members of Parliament today in the Parliament Chambers.

The MPs attended the session ahead of a Sitting set for Thursday, July 30. However, Party General Secretary Clement Rohee told reporters on Monday that the PPP remained unsure whether it will attend the Thursday sitting.

Gail Teixeira was the only PPP Member of Parliament who served in previous Parliaments who was present while the other eight were new MPs. She is expected to be the Opposition’s Chief Whip.

Among the PPP MPs that were oriented were Harry Gill, Yvonne Pearson, Charles Ramson Jr, Nigel Dharamlall and Zulfikar Mustapha.

Also present were three Members of Parliament from the government side who were unable to attend the first briefing. They were Junior Health Minister Karen Cummings, Charandas Persaud and Michael Carrington. 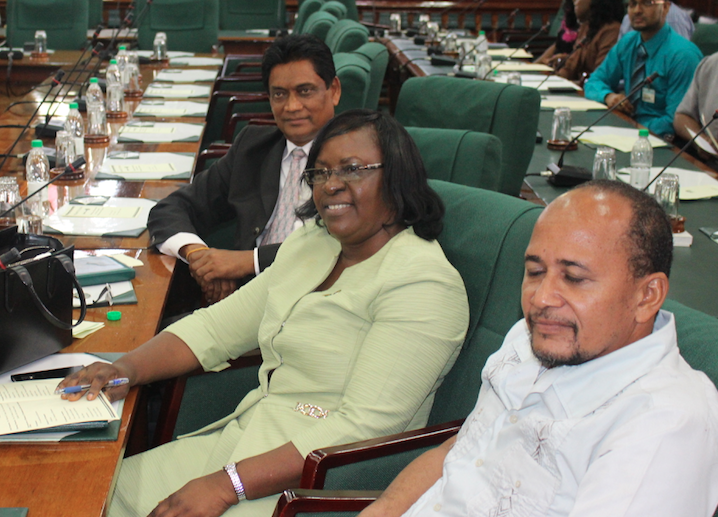 The Parliamentarians appeared before the Clerk of the National Assembly, Sherlock Isaacs and Speaker Barton Scotland and the Parliament staff. They were briefed on several parliamentary procedures.

The Clerk opened the programme with brief remarks followed by Speaker Scotland after which the MPS were briefed on the procedures, particularly the Order Paper, Unparliamentarily Expressions, Dress Code and Privileges and Entitlements.

They were also notified of the specific services which are available to them by the different departments of Parliament.

The PPP has failed to attend any of the sitting since the 11th Parliament was convened on June 10.  Its members are still to be sworn in.

The Party recently named its Members of Parliament and is expected to take up its 32 seats in the House in the near future.