Over 30 homeless as fire rips through Cummings Lodge Apartment Building

It was just after 8:00pm when the Fire Service was summoned to the scene. The building housed more than 25 apartments, according to one tenant. Firemen faced several difficulties in dousing the blaze, although they arrived on the scene with two large fire tenders and over a dozen firemen. A Friday night fire of unknown origin ripped through the “Off Campus Lodge” Apartment Complex in Cummings Lodge, leaving more than 30 persons homeless.

It was just after 8:00pm when the Fire Service was summoned to the scene.  The building housed more than 25 apartments, according to one tenant.  Firemen faced several difficulties in dousing the blaze, although they arrived on the scene with two large fire tenders and over a dozen firemen.

The street has no fire hydrants. The firefighters battled to get water from a nearby trench, which appeared to be overtaken with vegetation and silt.

For more than 30 minutes, some of those who lived in the complex looked on helplessly as the fire quickly maneuvered its way through the upper and lower flats of the building with the fire fighters being able to do very little to contain the blaze.

Persons in a nearby building were seen trying to start a bucket brigade to contain the blaze and keep it from spreading over to their building.

One man who said he lived in a bottom flat apartment, was hopeful that his apartment would have been saved. But his hope soon turned into despair as the fire finally reached his apartment more than one hour after it started.

He looked on in disbelief as he explained to News Source that he was not able to save any of the belongings in his apartment. He said he barely managed to move his car away from the scene. 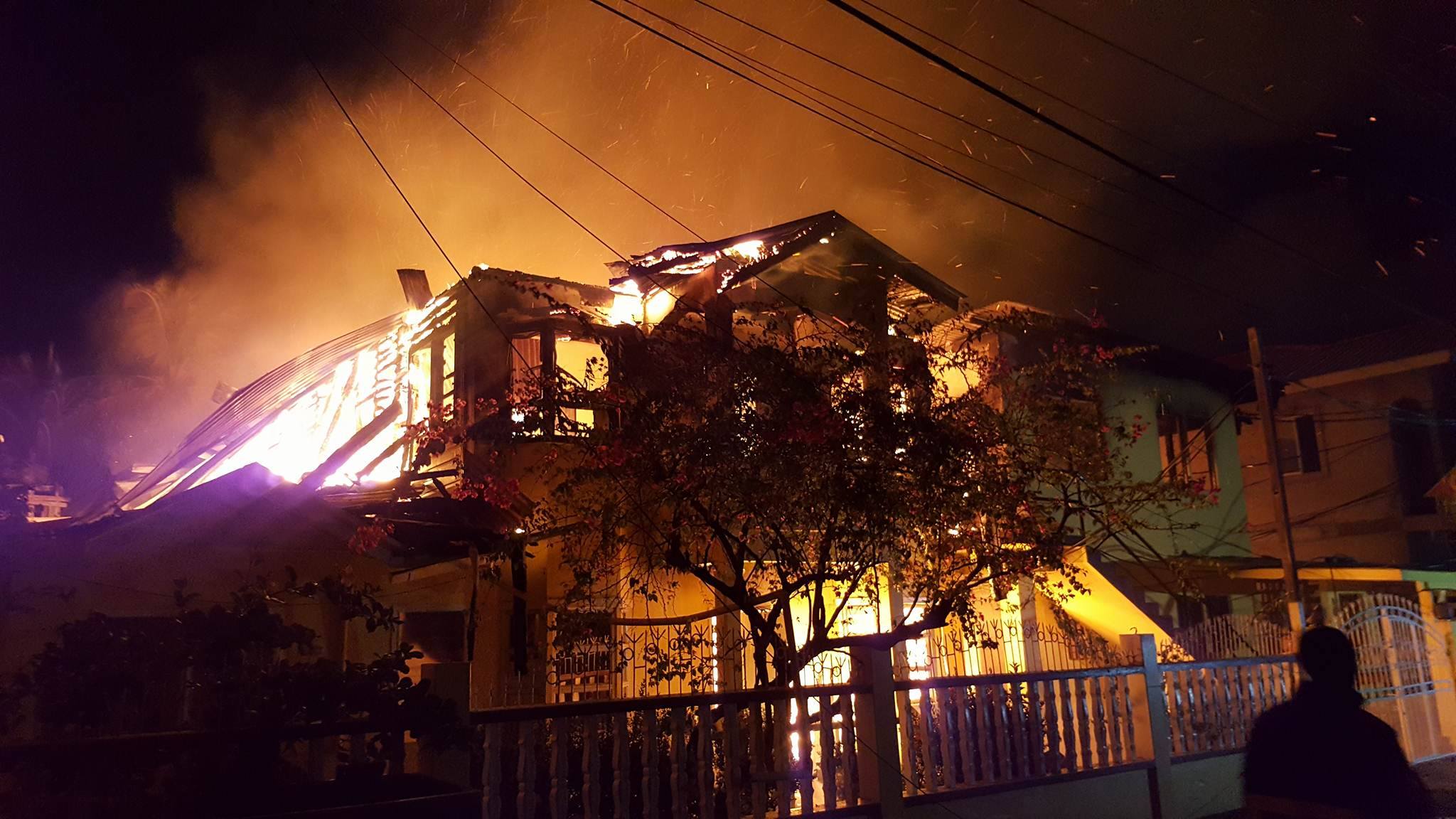 Another tenant, who is a University student, arrived on the scene and was left in total shock. He said he was not at home when the blaze started and got a call from a friend who told him to go check on his building.

Another young man who also lived in the building was also unable to save any of his belongings. He said the clothes on his back was all that he was left with.

Armed Police officers were called to cordon off the scene as a large crowd built up on the street near to the fire. One man had to be shoved out of the yard as he refused a Policeman’s order to leave the yard near to the blaze.

The cause of the fire is unknown.   An investigation has been launched.