Multiple sources within the APNU, which will have the majority on the Council, have indicated that Patricia Chase-Green will not be returning as the City's Chief Citizen, although she was the highest single vote getter at the just concluded local government elections. When the elected councillors for the City of Georgetown meet for their first sitting, they’ll have to elect a Mayor and a Deputy Mayor from among themselves.

Multiple sources within the APNU, which will have the majority on the Council, have indicated that Patricia Chase-Green will not be returning as the City’s Chief Citizen, although she was the highest single vote getter at the just concluded local government elections.

“We are looking for a new start and a fresh start, so the new Mayor will have to be someone to represent that. Mayor Chase-Green has served and remains a strong member of the party and she will have a big role to play on the Council, but the top two positions should represent a new start”, a senior party official told News Source.

There are reports that a number of candidates are being looked at for the top two spots, and while the Chairperson of the People’s National Congress, Volda Lawrence, appears to be leaning towards one particular candidate, the rest of the party might be leaning in other directions. 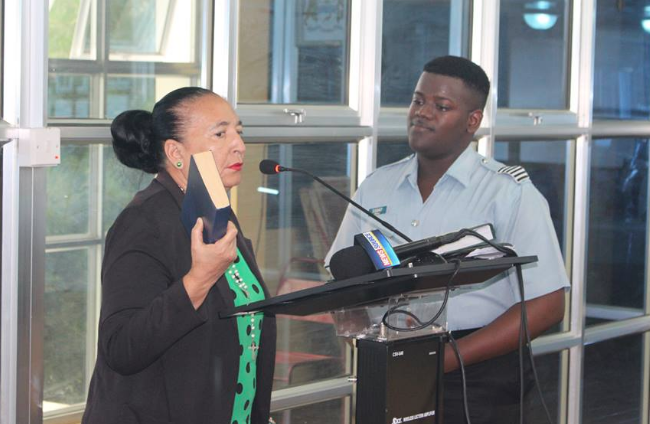 News Source understands that Lawrence is likely to push political newcomer, Pandit Ubraj Narine for the position. He was the first past the post winner for Constituency #1 in the Georgetown Local Government area.

The PNC Reform is the largest party in the APNU.

Other senior party members have expressed worry that Singh might not be the best candidate to take over the Mayorship at this time.

“It would be best for him to serve as Deputy Mayor perhaps and be groomed and gain some experience before being pushed into the Mayor’s Chair”, a party youth leader told News Source.

The same youth leader, who asked that their name not be revealed, explained that Councillor Alfred Metore, who has gained some experience over the past two years on the Council, might be a stronger choice for the post of Mayor. The youth leader also said that Councillor Gregory Fraser could also be a good pick for Mayor.

Other party sources have said that they would like to see the party’s Central Executive Committee offer guidance on who the Councillors should elect to the post and not just leave it up to the party’s top leaders.