On the issue of public security, Mr. Granger said his government will make Guyana safe for this and future generations by combatting crime and criminals and in uprooting the causes of crime and its links with transnational crime. In an address to the Parliament on Thursday, President David Granger said his government will make Guyana safe again, ensure public services are accessible and affordable and remain committed to early Constitutional reform in keeping with good governance.

The Head of State’s address marks the reconvening of the National Assembly after nine weeks of recess.

The opposition People’s Progressive Party was not present in the Chambers while the President outlined his government’s agenda for the new Parliamentary year.

Instead, PPP Members congregated outside and only returned after the Presidential address.

But their absence did not affect the Mr. Granger who spoke to his coalition MPs, high ranking public servants and dignitaries who were present in the Parliament.

The President said although the two sides of the House do not always agree, he expects that those avenues for compromise and consensus remain open.

On the issue of public security, Mr. Granger said his government will make Guyana safe for this and future generations by combatting crime and criminals and in uprooting the causes of crime and its links with transnational crime.

“We established a National Security Committee.  We are in the process of establishing a new National Anti-Narcotics Agency (NANA) to address the mother of all crimes, the trafficking in narcotics.  We will establish a new National Intelligence and Security Agency (NISA) to ensure better surveillance of our borders and coasts,” he added.

Granger said his government has also taken a decision to re-engage the United Kingdom with a view to restoring the aborted Security Sector Reform Action Plan (SSRAP).

He promised that public services will be accessible to every citizen, in every town and in every Region. “No citizen should have to leave her or his Region in order to access public services. We will accelerate the decentralization of public services alongside the development of ‘capital towns’ in 2017.”

Mr. Granger also noted that the government is mindful of the need to improve public administration to make public services more accountable, accessible and affordable. 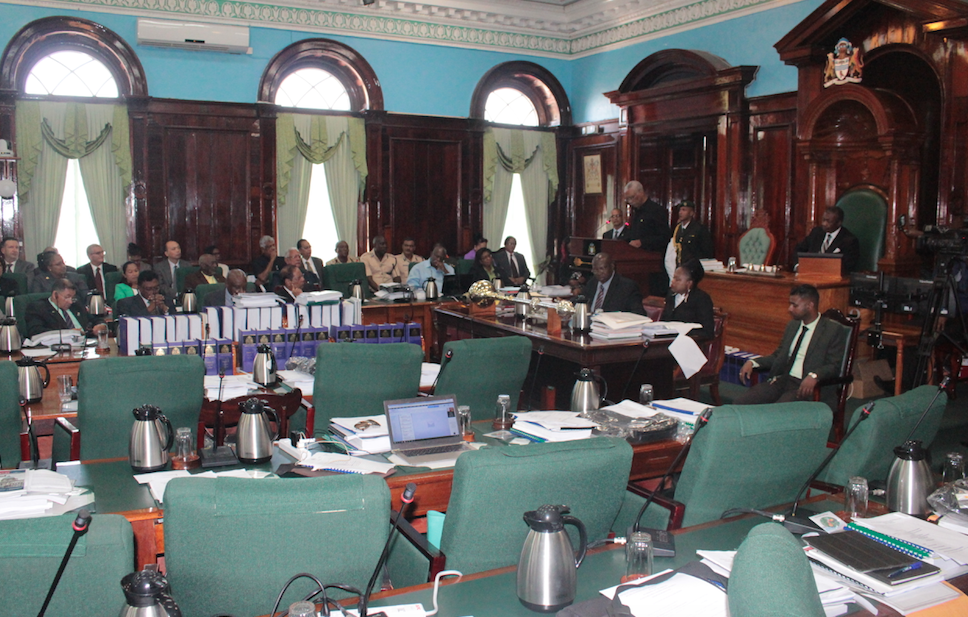 The President reminded of his commitment to good governance and reforming the Constitution.

In this regard, the government will convene a Consultative Constitution Reform Commission in 2017.

On the government’s legislative agenda, President Granger said the government will ensure that those who unlawfully expropriate state property are brought to justice and will push for the amendment of the Integrity Commission Act which will provide for a revised Code of Conduct for public officials.

The State Assets Recovery Bill will establish a State Asset Recovery Agency to recover State property that has been unlawfully acquired, through civil proceedings.

The government will seek to improve the efficacy and efficiency of immigration services by tabling the Immigration (Amendment) Bill to delink the Immigration Department from the Guyana Police Force.

A National Registration (Amendment) Bill will also be tabled, aimed at guarding against identity theft by allowing for the inclusion of the biometrics of citizens to be recorded on their national registration cards.

The justice administration system will be fortified by the promulgation of three important pieces of legislation – the Witness Protection Bill, the Protected Disclosures Bill, referred to as the ‘Whistleblowers Bill,’ and the Deeds and Commercial Registries Authority (Amendment) Bill.

A safer aviation sector will be pursued through the modernizing of civil aviation legislation and the amendment of the Cheddi Jagan International Airport Corporation Act.

The government will amend the Marriage Act to put new procedures in place for non-nationals applying for a Special Marriage Licence.

The President called on House to work together to ensuring that the government legislative, social and economic agenda is fulfilled.