The President said despite the complaints from sections of society, he intends to give pardons to groups of prisoners annually, reasoning that there were too many youngsters incarcerated for petty crimes and who are grateful for a second chance to make a difference in society. President David Granger responded to critics of his petty offenses pardon on Friday with an undertaking to pardon more young prisoners of petty crimes.

He gave that undertaking as he addressed a rally to bring a close to the celebrations to commemorate Education month, which was observed in September.

The President said despite the complaints from sections of society, he intends to give pardons to groups of prisoners annually, reasoning that there were too many youngsters incarcerated for petty crimes and who are grateful for a second chance to make a difference in society.

Mr. Granger said too many school aged children and young adults are locked away, either at the New Opportunity Corps or in prisons across the country but he added that the time is now to turn the situation around.

He said every Guyanese Child must find a place in school, reminding that primary education is compulsory and parents can be fined for keeping their children out of school. 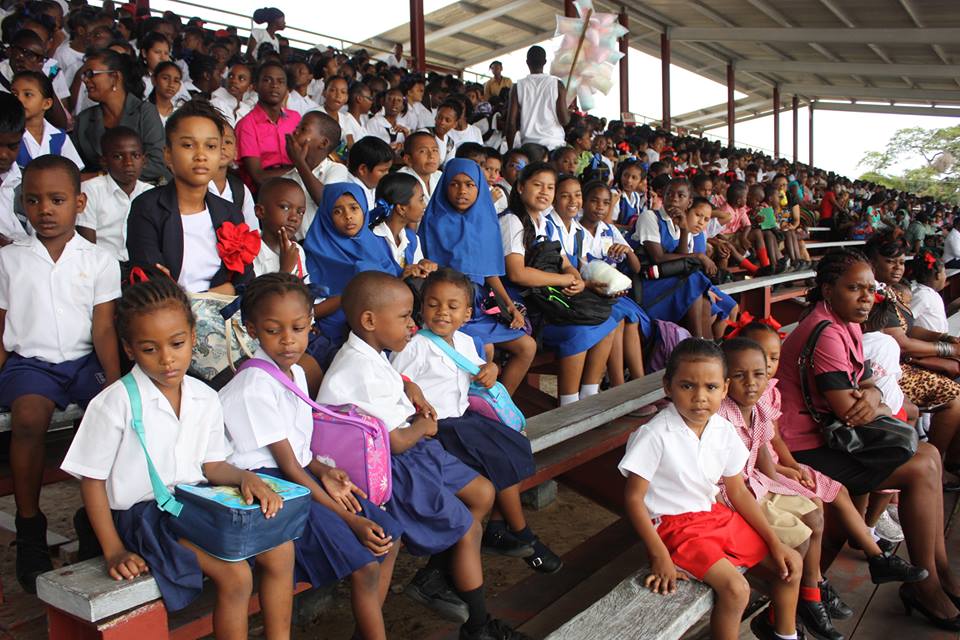 According to the President, “too frequently we hear children don’t get the change to go to school”.

He reminded of his thrust to provide transportation and other forms of assistance for school aged children.

According to Mr. Granger, through Education, children must also learn respect for each other and moral standards must be instilled at a tender age.

He recounted statistics that showed high levels of school drop outs, the migration of university graduates and high unemployment rates but promised an end through the development of a better education sector.

Also addressing the rally, which was attended by hundreds of school aged children and teachers, Education Minister Dr. Rupert Roopnarine said the government will be putting a lot of emphasis on special needs education development.

He called on teachers to use education to instill respect for each other’s culture and also reiterated the call for a crusade of national reconciliation.

Dr. Roopnarine said the youth must be at the forefront of this process and urged that educators ensure that students receive quality education on the protection of the environment. The Minister explained that climate change does not discriminate on the basis of race and said Guyana cannot continue to be divided as a people.