Perry Halloway has been in Guyana for just two weeks of an expected three-year assignment as the Ambassador of the United States. He said he spent close to 14 months studying Guyana and everything that goes on here. With a resumé that showcases a wealth of experience in tackling drug trafficking on the global stage, the new United States Ambassador to Guyana, believes that for Guyana to gain more successes in tackling the problem, there must be clear political will.

In an exclusive interview inside the US Embassy in Georgetown, Ambassador Perry Holloway explained that “political will” should lead the way in counter narcotics efforts.

He said “what I can tell you is that the very first thing that one needs to begin to solve the problem is political will. And so far, the current government is saying the right things and its a matter of time and we have to determine if they are going to do the right things”.

The Ambassador admitted that countries like Guyana with insufficient resources could be at a disadvantage when going up against the “bad guys” in the drug trade. He said the drug pushers and dealers do not play by the rules.

Mr. Holloway has been in Guyana for just two weeks of an expected three-year assignment as the Ambassador of the United States. He said he spent close to 14 months studying Guyana and everything that goes on here.

Ambassador Holloway started working in the anti-drug effort in 2000 when he was named Director of the Narcotics Affairs Section of the US embassy in Guatemala City. 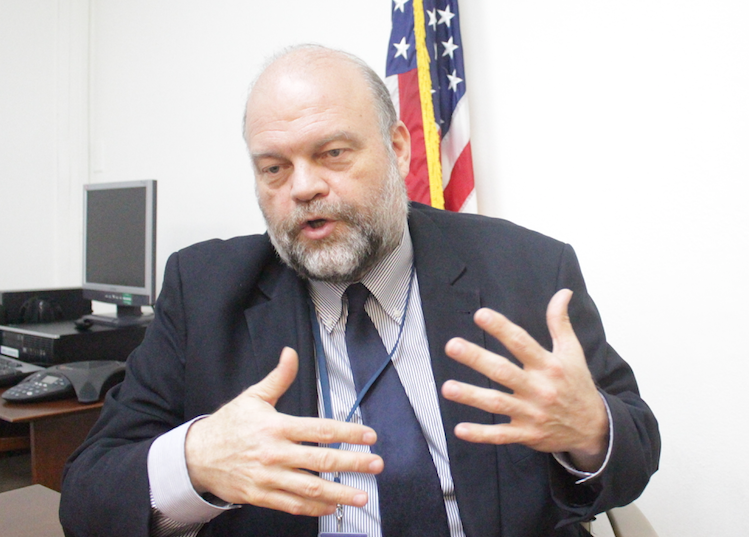 Three years later, he took time off to do graduate work at the Industrial College of the Armed Forces, earning a Master’s in national resource strategy before being named in 2004 as the Andean drug coordinator at the US Department of State.

He came back to Latin America in 2005 when he was named Deputy Director, then Director of the Narcotic Affairs Section at the US embassy in Bogota, Colombia.

When it comes to Guyana, the US envoy believes that the drug running and drug trafficking problem is serious, “by Guyanese terms” and everyone should be concerned, but he appears convinced that there is not sufficient information about the impact of narco trafficking on the country and how widespread it may really be.

The Ambassador told News Source that “my impression is that there is a lack of knowledge of the complexities of narco trafficking in Guyana. I am not sure anyone knows for sure how much is it, where is it going, who is doing it, certainly different entities know different parts, but I think the focus has not been there.”

When that process has been put in place, it is expected that the US will offer even more assistance to Guyana to deal with the narco trafficking issue.

Already, the DEA has been working with local authorities on several drug cases. Ambassador Holloway also told News Source that the US is prepared to loan specific equipment to Guyana to better support the drug fighting efforts at the airports. 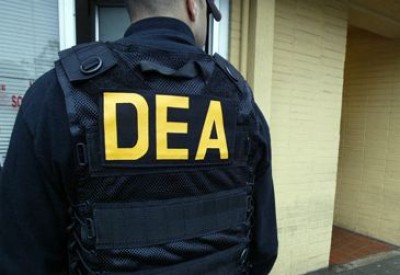 Over the past years, several Guyanese have found themselves facing US courts after being busted with cocaine on their arrival there. There have also been several other drug busts across the Caribbean involving Guyanese nationals.

Just on Thursday, a Guyanese deejay was fingered by Canadian authorities as being suspected of playing a role in the movement of cocaine from Guyana in a major drug trafficking and gun running ring that included Guyana and the Caribbean, the United States and Canada.

LISTEN to excerpt of interview: