Prison protests was started to get media’s attention – Prisoner

The prisoner, Basil Morgan, told the Commission that he has been on remand for five years awaiting a trial and had made several attempts to get his case to be heard. A 37-year-old prisoner who is currently on remand on a murder charge, testified before the Prison Unrest Commission of Inquiry on Monday morning that the protests which eventually led to the deadly prison riot, started to get the media’s attention.

The prisoner, Basil Morgan, told the Commission that he has been on remand for five years awaiting a trial and had made several attempts to get his case to be heard.

He said over the past two years he has been writing to various officials including the Director of Public Prosecutions and the Attorney General, complaining about the length of time he has been waiting on his case to move forward.

He said he never got responses from any of the persons that he wrote. He brought copies of three of the letters to the hearing.

According to the prisoners, when he would raise his concerns with the prison officers, he would be told that their job is to keep him safe behind bars and to take care of him and that the actual court cases would have nothing to do with them.

Morgan testified that when the protests started on the Wednesday night, the prisoners lit two fires and once those fires were lit and the media turned up outside the prison, the prisoners loudly raised their voices in protest about several concerns including the length of time many of them would have been waiting for their trials to get underway. He said he could not say who exactly were the prisoners who lit the fires. 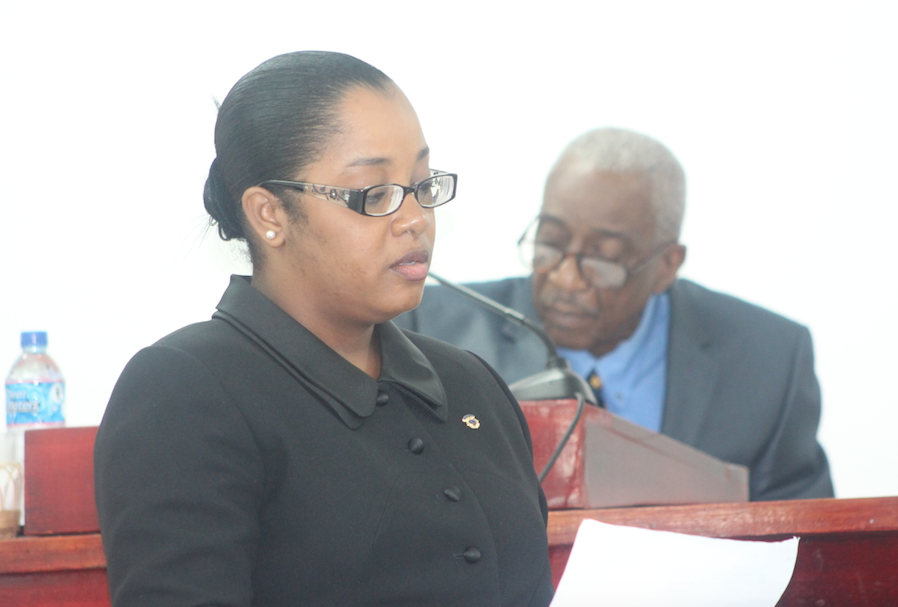 On the morning when the deadly prison riot took place, the murder accused, testified that from as early as 7:30, prison officers started to move prisoners out of the Capital A offenses area.

He explained that they were never questioned about what took place the night before although he made it clear to the prison officers that “we have no problem with the police or the prison officers, our problem is the time it was taking”.

According to Morgan,  prisoners were taken into the yard for searches to be carried out and while those searches were being done, he heard someone shout “close the door”. He said he did does not know who that person was door, but he is grateful that he was already out of the area.

“Thank God, I did not go back in, I would be dead right now”, Morgan told the Commission.

When asked by the Counsel for the Commission, Excellence Dazzell, what exactly he meant, the prisoner said “I might have been among the 17 who died.”

He said that presently many of the survivors of the tragedy sleep close to him and would tell stories about what took place in the cell on the day of the incident. He said many of them explained that tear gas was thrown into the cell.

Morgan presented the letters that he wrote to officials, to the Commission during questioning by Attorney, Christopher Ram, who is representing the interests of the Guyana Bar Association.

The murder accused is the third prisoner to take the stand at the Commission of Inquiry.