The charge came from Chief Labor Officer, Charles Ogle when he delivered remarks at the opening of a one-day seminar to sensitize employees on the National Minimum Wage Order, Leave with Pay Act and the Child Labor Act.

Private employers are being encouraged to not just stop at ensuring they pay their employees above the minimum wage, but to move one step further and offer their workers a living wage.

The charge came from Chief Labor Officer, Charles Ogle when he delivered remarks at the opening of a one-day seminar to sensitize employees on the National Minimum Wage Order, Leave with Pay Act and the Child Labor Act.

Mr. Ogle observed that while the minimum wage in the private sector stands at a monthly sum of $44,200, falling below the $60,000 minimum wage paid to public servants, employers could do more to ensure that the pay they offer to their employees is sufficient.

The living wage is the amount of pay considered sufficient for an employee and their family to cover basic costs of living in a specific location.

Mr. Ogle said there is nothing stopping employers from offering their employees more, after determining the relative financial health of workers when comparing their pay with their living costs.

Labor unions have begun engagement with the Government in the wages, salaries and allowances negotiation of seeking out a living wage for employees. 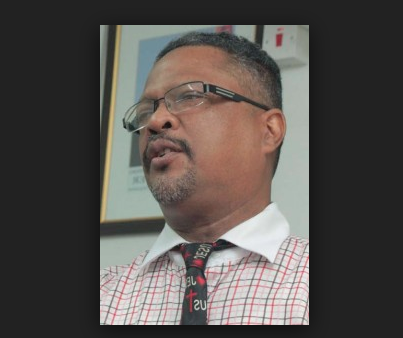 That discussion is still ongoing at the tripartite level with several persons refusing to speak on its progress.

Senior Labor Officer, Dexter Semple acknowledged that these discussions were ongoing but declined to comment on what the outcome is likely or should be.

“Everybody knows $44,200 for a young single person is hard but they are now discussing living wage and who knows… [employers] have to look at whether they can afford it,” he said.

Mr. Semple also placed employers on notice that, according to the Order made under the Labor Act, once an employer is being paid above the minimum wage they can’t go back to reduce it but must continue paying the worker at such higher rate.

The Labor Ministry intends to meet weekly with different categories of workers to host these sensitization sessions.

This week participants were drawn largely from television and radio stations with discussions on the Child Labor Act, National Insurance Scheme Act, Leave with Pay Act and the National Minimum Wages Order.