The Government insists that the money is to be used to assist with the legal needs for the border row with Venezuela. However, the Opposition and several prominent figures are convinced that it was a signing bonus that should have gone to the consolidated fund and not set aside separately. The Government of Guyana is coming under more heat over its long silence about receiving just under US$18 Million from the ExxonMobil Oil company.

The Government insists that the money is to be used to assist with the legal needs for the border row with Venezuela. However, the Opposition and several prominent figures are convinced that it was a signing bonus that should have gone to the consolidated fund and not set aside separately.

Documents leaked to the media showed that back in 2016, the Ministry of Finance was moving to set up a special Bank of Guyana account to accommodate money from Exxon as a signing bonus.

Chartered Accountant and Attorney Christopher Ram in a statement on Saturday lashed out at the David Granger led administration over all the secrecy surrounding the money.

Mr. Ram said “there are immediate and longer term implications of this saga from which Guyana may forever suffer. For the immediate, it means that Article 216 of the Constitution of Guyana has been knowingly violated; that critical information contained in the Estimates of Expenditure now being considered by the National Assembly is inaccurate, incorrect and meaningless; that the 2016 financial statements of the Government and of the Consolidated Fund are for 2016 similarly deficient; that the Report of the Auditor General thereon is inapplicable and that auditing standards applied by his Office requires him to withdraw his report; that the financial statements and the auditor’s report of the Bank of Guyana for the year 2016 face the same jeopardy; and that this web of deception has ensnared high level officers of the Ministry of Finance, the Geology and Mines Commission and the Bank of Guyana, including the Chairman of its Audit Committee Mr. Anand Goolsarran.”

Ram said the Ministers who may have known of the “signing bonus” and refused to offer information on it, can no longer be trusted.

According to the Chartered Accountant and Corruption watchdog, Exxon has a monopoly of known and established oil production of Guyana for the foreseeable future and therefore “those Ministers cannot be trusted to engage any person, let alone an oil giant who knows that the persons who engage and are required to oversee its conduct are compromised and that their conduct borders on corruption.”

Ram said the President needs to apologise to the nation for “this diabolical act by his Ministers, remedy the violations, call in the Police, and take surgical action.”

Former Speaker of the National Assembly under the PPP administration and Senior Counsel, Ralph Ramkarran, in his weekly online blog, Conversation Tree, also fired off at the government over the “signing bonus” issue.

Mr. Ramkarran wrote that here was a signing bonus and it was known, but denied by several Ministers of the Government.

“There should be consequences but the precedent has long been established that ministerial responsibilities are not recognized and therefore consequences do not flow from their actions or omissions. Unless there is a mass upsurge, which is unlikely, this uniquely unjustifiable deed will continue to be defended, as it was in or just out of the National Assembly. There is no excuse for the secrecy and any attempt to defend it is an insult to the Guyanese people”, Mr Ramkarran said.

He said the government’s secrecy over the “signing bonus’ has resulted in it foolishly tarnishing its credentials, which were already under strain by its refusal to reveal the contract it had signed with ExxonMobil. 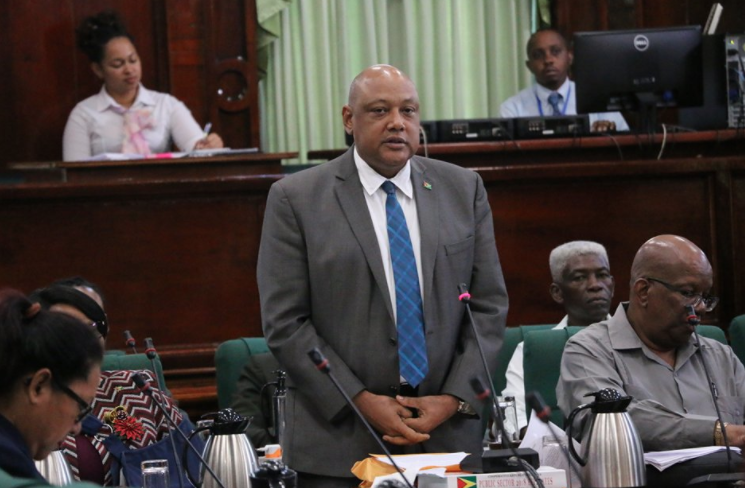 The Government has indicated that it will be releasing the Exxon contract in full before the end of the year.

In defending the secrecy surrounding the Exxon money, the Government pointed out that when Guyana faced border challenges from Suriname under the previous government, another oil company had also supported its legal case with funds. But Mr. Ramkarran made it clear in his column that what was done by the PPP would be irrelevant at this time.