Rohee in his forecast told media operatives that “the gun amnesty is bound to fail” despite having argued favorably for such a programme while holding his ministerial portfolio under the previous People’s Progressive Party (PPP) administration. Rohee in his forecast told media operatives that “the gun amnesty is bound to fail” despite having argued favorably for such a programme while holding his ministerial portfolio under the previous People’s Progressive Party (PPP) administration.

He claimed that he was advised by the Task Force on illegal firearms that such an initiative would not work in Guyana, having been tried and failed in other jurisdictions. “There were lengthy discussions on the efficacy of a gun amnesty and the majority of members [of the Task Force on illegal firearms] were of the view that it would not work and it would fail… that is precisely why the ministry never pushed it forward,” Rohee said.

The former Home Affairs Minister said he was most surprised when he found out that the Ministry, under the stewardship of Public Security Minister Khemraj Ramjattan was pursuing the action. “I was very surprised because the same persons that advised Ramjattan are the same persons advised me and their advice was that it will fail… I assume that the very persons who sat with me have now changed their positions,” Rohee said.

Rohee claimed that President David Granger, a former Commander of the Guyana Defence Force (GDF), had admitted, while in opposition, that such a program would not succeed. “He had said it would not work, he had expressed a preference for strong intelligence and enforcement instead of an amnesty… now under pressure he has somersaulted and come out in support of a gun amnesty programme,” Rohee added. 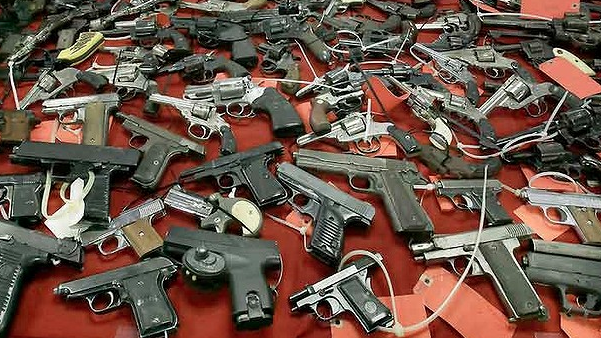 A one month gun amnesty promised by the coalition government is slated to commence on September 1.

According to a public advisory published in the newspapers “all transactions in this amnesty period will be treated with strict confidentiality”.

Police stations throughout the country where firearms, ammunition or explosives could be handed in between 9 am and 4 pm have also been named.

The stations in ‘A’ Division are the Timehri, Ruimveldt, East La Penitence, Brickdam and Alberttown police stations. In ‘B’ Division guns can be turned in at the Fort Wellington, Blairmont, Central, Albion, Whim, No.51, Springlands and Mibicuri police stations.

In ‘C’ division, the police stations are: Sparendaam, Beterverwagting, Vigilance, Cove and John, Mahaica and Mahaicony.

The advisory warned that when the period ends persons found in possession of illegal weapons and ammunition will be prosecuted in accordance with the laws.