“The government is cognizant of the invaluable contribution of the sugar industry over the years. It will not allow GuySuCo to die from preventable causes, however we cannot let GuySuCo continue to utilise a business model that is based on waste, inefficiency and hopelessness, ultimately leading to its undoing,” Holder said. As the debate rages on about possible ways to salvage the sugar industry, Minister of Agriculture, Noel Holder, told the National Assembly today that the government intends to close at least two more sugar estates by the end of 2017 as it pushes ahead with plans for diversification.

Holder identified those estates to be the Enmore and Rose Hall Estates.

There are plans to merge the Wales Estate with the Uitvlugt Estate and reassign its cane to the Uitvlugt Factory.

In keeping with the changes, it has also been proposed that the Skeldon estate be divested to ensure that the sector only consists of three estates.

The Minister delivered his statement as protesters from the Enmore and Rose Hall estates stood outside the Parliament and called for government to reconsider the closure of the estates.

Mr. Holder said the lands have been earmarked for diversification and added that government intends to retain only three factories and five cultivation fields.

The factories to be retained are Albion, Blaimont and Uitvlugt and the government proposes that sugar production be contracted to approximately 147,000 tonnes of sugar annually.

“The government is cognizant of the invaluable contribution of the sugar industry over the years. It will not allow GuySuCo to die from preventable causes, however we cannot let GuySuCo continue to utilise a business model that is based on waste, inefficiency and hopelessness, ultimately leading to its undoing,” Minister Holder said.

The government believes that the future of the industry relies on smaller sugar production and a profitable diversified enterprise. 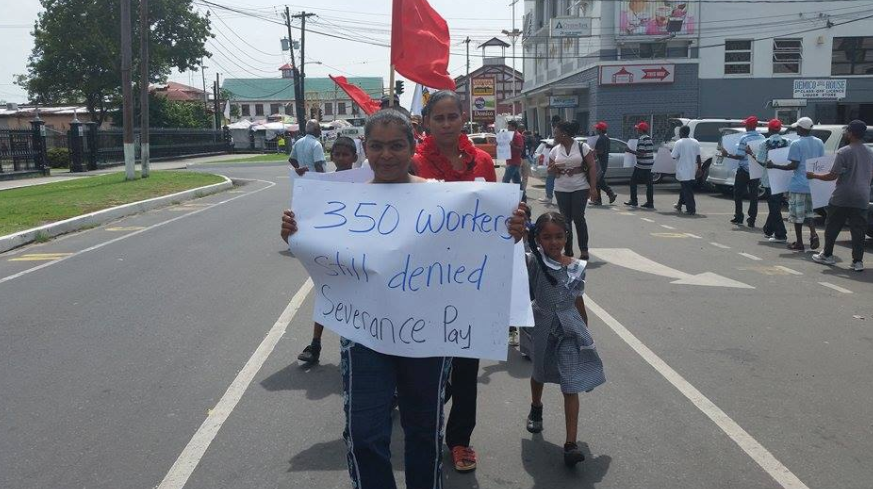 He reminded that the recent Commission of Inquiry recommend that the industry be privatized within three years and that diversification options be conducted to avoid total reliance on sugar for GuySuCo revenues.

GuySuCo also proposes to surrender land for lease to employees for them to engage in agricultural production.

Holder told the House that as many employees as needed will be retained for all operations on the merged estates and factories.

He reminded the House of the billions of dollars utilized annually from the national budget to bail out GuySuCo.

“Given the financial and technical evidence presented, it is therefore feasible to amalgamate estates and factories where appropriate for better utilization of the countries resources,” he added.

The Minister told the National Assembly that government now invites expressions of interest for diversification. Pending diversification, a series of actions are to be taken to reduce the financial burden of the corporation.

The government as a sole investor in what is the country’s single largest employer owns the industry, which faced many challenges over the years.

Sugar now lags behind mining, construction and the rice industry, in its contribution to the national economy.  (Kurt Campbell)