Police Commissioner Bill Bratton announced the posthumous promotion for Officer Randolph Holder, who received a standing ovation inside the Queens church where his body rested inside a gold casket. (NY Daily News) Thousands of rain-soaked cops packed the streets in Queens Wednesday to honor their slain NYPD brother as a first-rate son, a first-class DJ — and a first-grade detective.

Police Commissioner Bill Bratton announced the posthumous promotion for Officer Randolph Holder, who received a standing ovation inside the Queens church where his body rested inside a gold casket.

Mayor de Blasio, in a pointed political message, said the Oct. 20 shooting of Holder — allegedly by a drug-addicted career criminal — should mark a turning point in the fight against guns.

In our nation, changes must be made to keep guns out of the hands of criminals,” said the mayor before a church packed with mourners. “In (Holder’s) name, we will not give up.”

The Rev. Leslie Mullings, who led the 2-hour service in the Greater Allen AME Cathedral in Jamaica, called for a crackdown on the trafficking of out-of-state guns in New York.

The .40-caliber weapon that police believe was used to kill Holder, 33, came to East Harlem from South Carolina, police said. 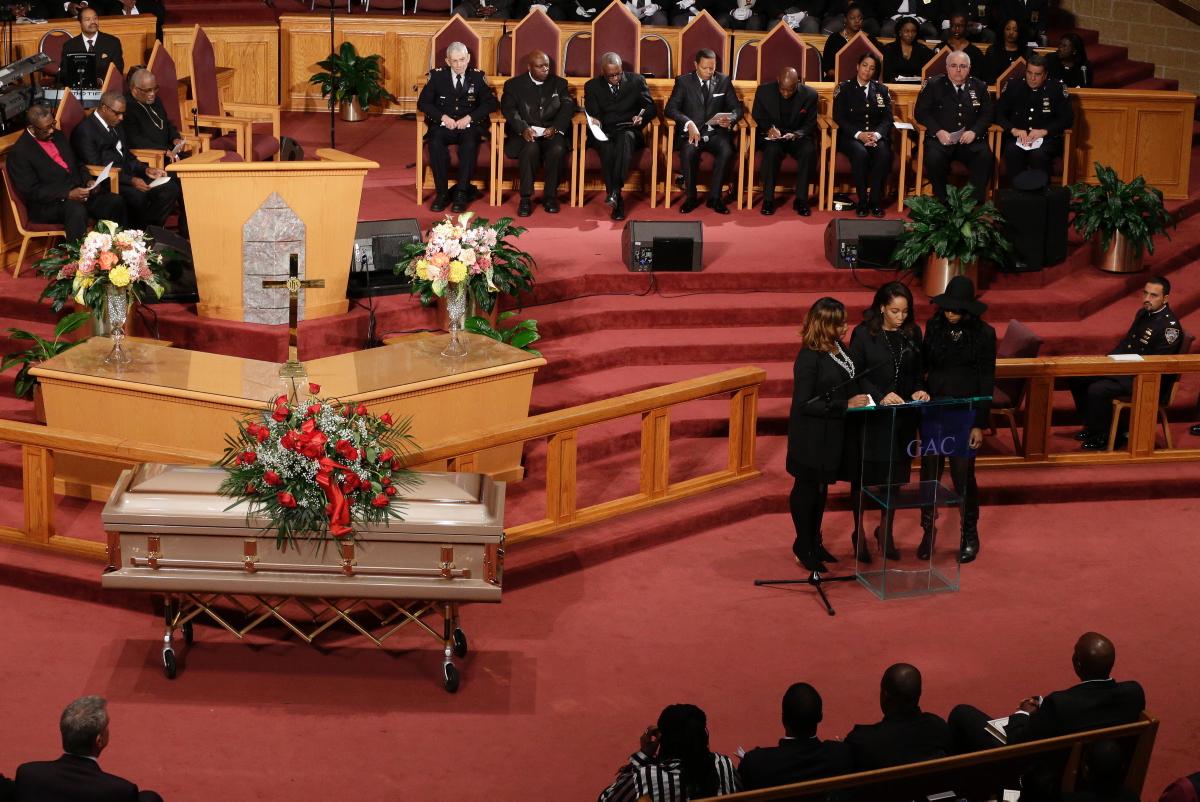 Tyrone (Peanut) Howard, 30, was arrested after Holder’s partner shot him in the leg as the suspect tried to flee the murder scene in East Harlem, police said.

A haggard-looking Bratton, speaking at his fourth police funeral in 10 months, presented Holder’s father with detective’s Badge No. 9657 just eight days after his son was gunned down.

Holder “lived as a guardian, watching over the good, and died like a warrior, fighting against the bad,” said Bratton, noting the slain officer followed his father and his grandfather into law enforcement.

“Because being able to do both is part of what we do,” Bratton said. “This job was certainly his calling.”

Earning a detective’s shield was one of Holder’s highest goals as a cop after he immigrated to New York in 2002 to join his dad.

Bratton also read from a 2010 letter written by Holder in which the aspiring cop details his motivation to join the force.

“I decided I could be a role model and make a difference,” he wrote.

Holder, on the force five years, was also eulogized by his fiancée and his aunt. Several speakers mentioned his skill as a DJ for family parties.

“Even as we mourn his death, we celebrate,” said his aunt Margaret Holder. “To be out of the body is to be with the Lord. May his soul rest in peace.”

Holder’s body will be flown to his native Guyana for burial. He leaves behind a large family, including a 16-year-old daughter.

As NYPD bagpipers played “Amazing Grace,” his casket — first covered in the departmental flag, then with a spray of flowers — was carried into church by police pallbearers.

Holder’s family led the mourners inside, taking their spots in the front row.

Outside the church stretched a solemn crowd, visible as far as the eye could see.

Former Guyanese police colleagues of the officer’s father, Randolph Sr., joined a national and international assembly of mourners in blue. 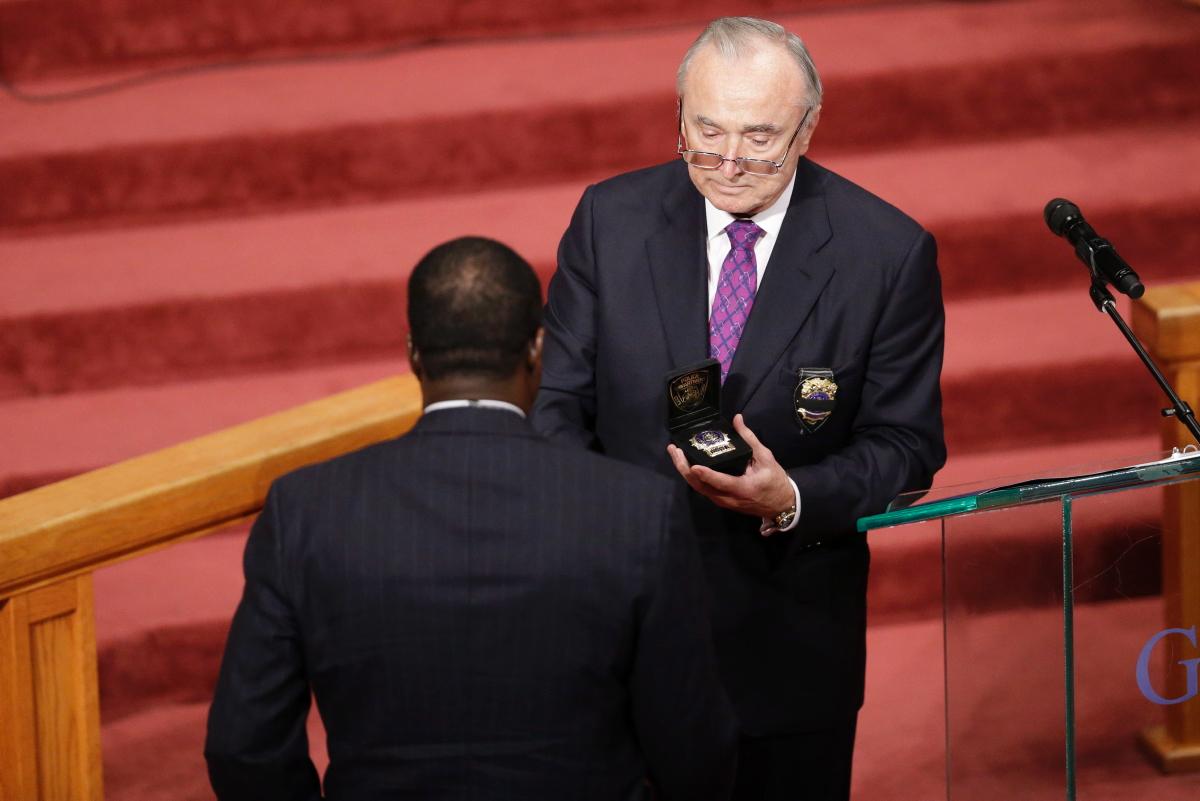 Thousands of cops stood ramrod straight outside the church, row upon motionless row, on a dank October afternoon.

“We came all the way from L.A. to honor our brother, even though we didn’t know him,” said Los Angeles County Sheriff Sgt. Israel Renteria. “But we felt compelled to come.”

Officer Brittney Saxon, who graduated the Police Academy with Holder in 2010, said the city had lost a courageous cop — and a great human being.

“He’s a kind-hearted person,” said Saxon, of the 41st Precinct in the Bronx. “He was one of the great cops that we lost. He went toward the shooters, not away. So that shows his bravery.”

The Rev. Leeds Jean blew a shofar — a Jewish ceremonial ram’s horn — on the church steps prior to the funeral as a call to all for prayer.

“When someone dies like this, it doesn’t matter your faith,” Leeds said. “When he falls, we all hurt.”

The day’s one possible bit of controversy was defused when the Rev. Al Sharpton announced that he would not deliver the eulogy at the funeral.

Sharpton, in a letter to the Holder family, said he wanted to avoid a sideshow.