Speaking at the APNU+AFC Wismar rally on Thursday night, Solomon told those gathered that "for too many years under the leadership of Bharrat Jagdeo and Donald Ramotar Guyanese have been marginalized and treated like second class citizens in the land our birth." Over 500,000 persons are on the voters list for Monday’s elections. It is believed that more than 60% of that figure represents young people between the ages of 18 and 35.

The APNU+AFC is looking for solid support from that group. The coalition’s Region 10 Campaign Chairman and Candidate, Sharma Solomon believes the time is now for Guyanese to take a stand for themselves and remove the 23-year-old PPP Civic administration.

Speaking at the APNU+AFC Wismar rally on Thursday night, Solomon told those gathered that “for too many years under the leadership of Bharrat Jagdeo and Donald Ramotar Guyanese have been marginalized and treated like second class citizens in the land our birth.”

He said the Linden community and Region 10 are “intensely aware of what it means to be marginalized and shut out from enjoying equal benefits as citizens of this land”.
Solomon said Guyanese cannot ignore the elections while facing the many “harsh” realities of today.

“This election is about each and every one of us- every family, every individual, every community and every region. It is about all. There are those who feel that the people of Linden/Region10 feel they are entitled. Yes, we are entitled! We support the APNU+AFC that is special, so we have a right to continue to feel special. We are entitled to what the Constitution says we are entitled to and we are prepared to hold all our leaders accountable when they do not follow the rule of law, because the rule of law is what governs modern civilization.” 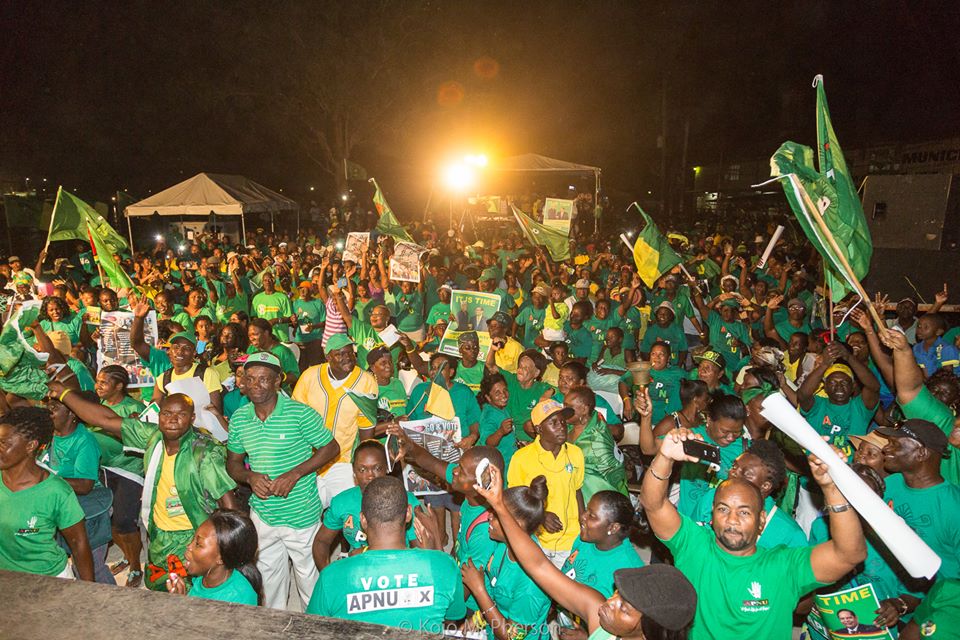 According to Solomon, “no working class government will subject its citizens, the most important factor of production, to be treated with such disdain. This is what the Ramotar/Jagdeo PPP has brought the working class people, and the people of Linden/Region 10.”

He added that Region 10 is not against investment, but the investment must come with respect for “our people, our laws, and will sustain our land and environment.”

“An APNU+AFC government is committed to righting these wrongs. It is for this and other reasons we see ourselves as being special and as one of your leaders, I urge you to come out in your numbers on Monday 11th May to deliver a resounding victory to the alliance! As a special people you need to understand that a vote for the APNU+AFC is a vote for protecting your rights and ensuring the rule of law”, Solomon declared.

The Region 10 Chairman said President Donald Ramotar and former President Bharrat Jagdeo ought not talk about the hardships experienced over 30 years ago when many communities across Guyana face a tougher situation today. 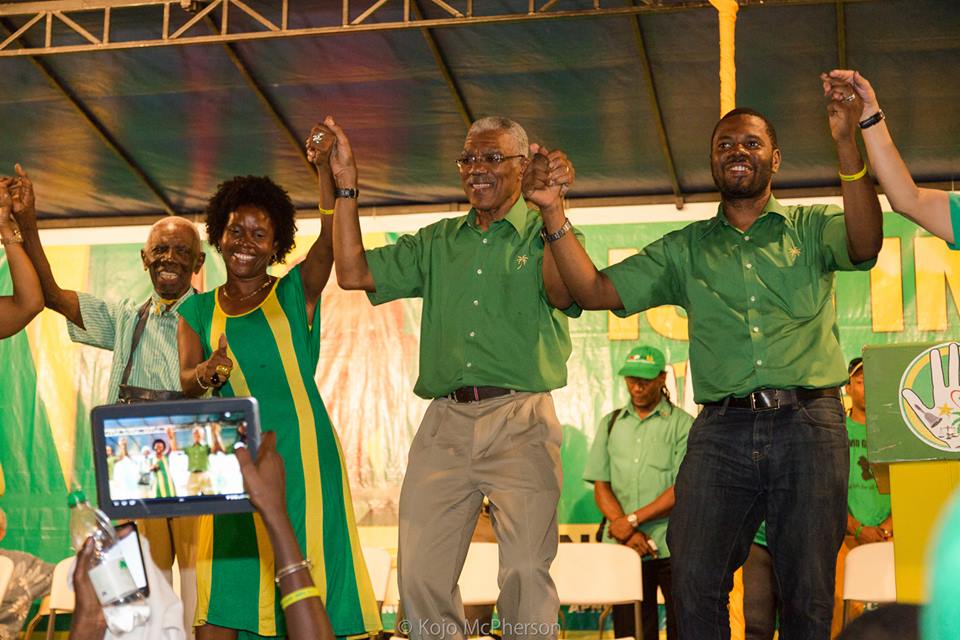 He added that “real hardship is when our youth have their private parts mutilated by the state police, when torture by state police become the order of the day, when hundreds of families are left to mourn the death of their children who are in unknown graves, the results of the most gruesome murders. When dozens of business men are massacred in unsolved criminal activities and the state is satisfied with accusation, finger pointing and no crime fighting and solutions, this is real hardship.”

Solomon said there must be a new approach to governance in Guyana and an APNU+AFC government will deliver that.

“Come Monday May 11th wake up early and go to the polls and mark your X in the box next to the hand on the key. Do not spoil that precious vote. Make sure your X is within the box. Do not let the X touch the box or this will be a spoil vote. We cannot afford any spoil vote. Your vote is precious- don’t spoil it” Solomon urged.