When it comes to Dynamic Airways, it appears as though, Officials as the Guyana Tourism Authority may have to be very careful what they say about the problem prone carrier.

The Guyana Tourism Authority which falls under the Ministry of Tourism recently suspended one of its Tourism Officers for five days after  the young man took to his private Facebook page to complain about the service he experienced as a traveler on Dynamic Airways.

According to a senior Ministry of Tourism Official who asked to remain anonymous, the Tourism Officer Ramesh Sukhdeo, left Guyana as part of a Guyana Tourism team, on a complimentary familiarization tour to New York in early July, but the team found itself on one of the Dynamic Airways flights that was plagued by delays.

The Tourism Officer was among scores of passengers who were delayed for hours in Miami after the Dynamic Airways aircraft landed there before it continued on to New York. 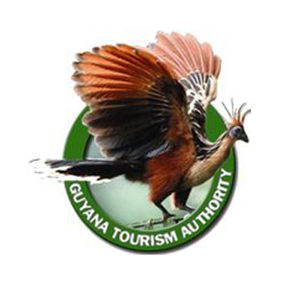 Passengers were stranded for hours and many of them complained that they were not provided with adequate information for hours by the carrier. When the flight eventually left Miami for New York, hours after its scheduled departure time, the Tourism Officer was left behind since he left the airport in search of food.

The airline did not accommodate him on any additional flight and he found himself going into his own pocket for the continuing trip to New York and was also forced to go deeper into his pocket to book a flight on another airline to get back to Guyana as Dynamic continued to experience more delays.

The Tourism Officer reportedly vented his disgust and frustration on his Facebook page by telling his friends not to travel on the airline because its service was “unreliable and unethical”.

When the Officer got back to work, he was slapped with the suspension letter which voiced disapproval over his Facebook post. he was reportedly suspended for “misconduct”.

News Source understands that the young man’s posting on Facebook was brought to the attention of the Ministry of Tourism and the Guyana Tourism Authority by an Official attached to the Dynamic Airways operation and that official demanded that action be taken.

When contacted on Wednesday, the Head of the Guyana Tourism Authority,  Indranauth Haralsingh denied that the Tourism Officer was suspended because of his Facebook posting about Dynamic Airways.

Mr. Haralsingh said the man’s suspension was a private matter and the business of the Guyana Tourism Authority although the Authority falls under a public agency. He said he does not wish to say what was the reason for the suspension of the Tourism Officer.

However, multiple sources at the Ministry of Tourism and the Tourism Authority who are familiar with the case told News Source that the suspension was indeed because of the Facebook criticism of Dynamic Airways and that was pointed out to the Officer when he was suspended.

Dynamic Airways was forced to suspend its operations between Guyana and New York on July 17 because it was still facing problems finalizing its landing rights with the JFK Airport in New York. The airline’s  local agent, Roraima Airways had indicated that the carrier should be back by August 8, 2014.