The two managers played on their cartoon character names at the launching of the airline as they sought to assure Guyana that the service is here to stay.

At the launching of the Guyana service by Dynamic Airways on Friday evening at the Duke Lodge, Captain Gouveia explained that the airline will begin operations on June 26, 2014 between Georgetown and New York. He said Toronto will soon be added to the schedule and other destinations are being looked at.

The Georgetown-New York service will see four weekly direct flights between the two destinations. Dynamic Airways which is a U.S registered carrier will be dedicating two of its 767 wide body aircraft to the Guyana market. Captain Gouveia explained that one of the aircraft will be based in Guyana since flights will originate from Guyana. Additionally, Dynamic airways have additional aircraft that will serve as a back up to the ones playing the Georgetown to New York route. 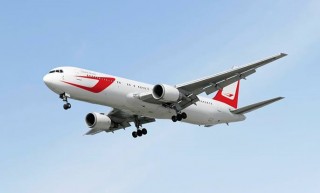 The airline is launching the new service with competitive fares that could force the other carriers to lower their fares in the upcoming peak season. Passengers can buy a taxes inclusive round trip fare of US$565 from Georgetown to New York, while a round trip fare from New York to Guyana is US$499. Passengers will be allowed two checked bags at 55 pounds each and a carry on piece which should weigh no more than 25 pounds.

Dynamic Airways is a privately owned U.S airline that was founded in 2010 and which operates services across the United States internationally for itself and on behalf of other airlines.

Captain Gerry Gouveia said he is pleased with the partnership forged with his company, Roraima Airways, and Dynamic Airways. He said the “Dynamic” partnership is one that is geared for the long haul.

“There have been many attempts to start and stop here in Guyana in the airline business and I want to say to you that this one is not a tour operator. This is being run and run by the airlines themselves. This is Dynamic Airways of the U.S and Roraima Airways out of Guyana, putting our resources on the line to fill the gap and fill the space that was vacated by our national airline many years ago”, Gouveia said.

He told the gathering that the two companies intend to “work hard to earn the respect and to earn that space in the sun one day as a national carrier of Guyana”.

The Vice President for Business Development at Dynamic Airways, Tom Johnson, said his company is also pleased with the  partnership. He said the company has seen the future of Guyana and wants to play a part in that growth and development. According to the Dynamic Airways official, “we are doing a number of different things and will be hiring Guyanese flight attendants”. He added that the partnership is a “great one” that will benefit Guyana and every Guyanese traveler. 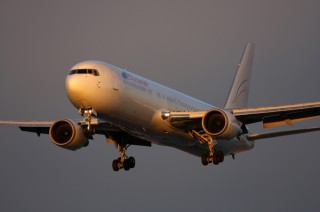 The airline is also looking to play a major role in the export market here in Guyana. According to the officials, the carrier will be used to ferry fresh fruits and vegetables from Guyana to the United States and other destinations. The airline is also  looking to add real Guyanese flavour to its Georgetown service. In addition to the hiring of Guyanese flight attendants, it was also disclosed that the during flights, Guyanese cuisine will be offered and Guyanese music  and documentaries will form part of the in flight entertainment.

President Donald Ramotar and Tourism Minister Irfaan Ali who both attended the launching, said the new service comes at an important time for Guyana when there are many moves to develop the tourism industry. The President lauded the partnership and offered the government’s full support for the initiative.

Tourism Minister Irfaan Ali noted that the fact that there are now three new carriers entering the Guyana market, it shows confidence in the budding tourism industry here and the need to develop that industry.