The State Department said Guyana must also provide increased funding for NGOs to identify and assist victims; investigate, prosecute, and convict government officials complicit in trafficking; make additional efforts to enable victims to appear in court and testify against traffickers in a way that does not further endanger victims. The State Department of the United States wants authorities in Guyana to “vigorously investigate and prosecute sex and labor trafficking cases and hold convicted traffickers accountable with time in prison that is commensurate with the severity of the crime”.

That was one of the recommendations put forward by the United States for Guyana in its 2015 Trafficking in Persons report.

The State Department said Guyana must also provide increased funding for NGOs to identify and assist victims; investigate, prosecute, and convict government officials complicit in trafficking; make additional efforts to enable victims to appear in court and testify against traffickers in a way that does not further endanger victims.

Additionally, the US wants Guyana to develop child-sensitive investigation procedures and court procedures that protect the privacy of children and minimize their re-traumatization.

Guyana has found itself on a Tier 2 watch list for the third consecutive year as a country where human trafficking takes place. In the report which was released in Washington today, the US also said that Guyana was only saved from a downgrade in its ranking because the government has indicated initiatives to tackle the ongoing problem. 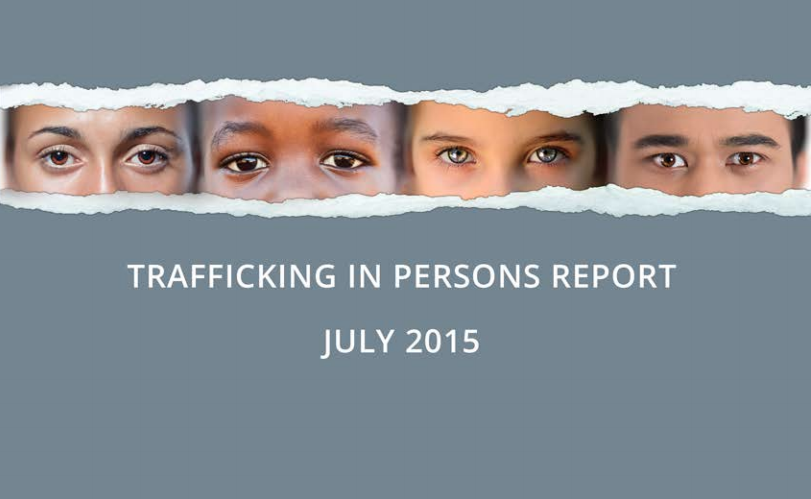 Many persons who have found themselves as victims of human trafficking would pull out of the court cases because of insufficient protection. That is an area the State Department wants to see tackled.

“Do not punish victims for crimes committed as a result of being subjected to human trafficking; and offer increased protection and assistance for victims near mining communities”, the report recommended.

According to the report, Guyana is a source and destination country for men, women, and children subjected to sex trafficking and forced labor.

It states that “women and children from Guyana, Venezuela, Suriname, Brazil, and the Dominican Republic are subjected to sex trafficking in mining communities in the interior and in urban areas.”

In many instances also, it was found that victims are subjected to forced labor in the mining, agriculture, and forestry sectors, as well as in domestic service and shops, and children are particularly vulnerable to sex trafficking and forced labor.

“Limited government presence in the interior renders the full scope of trafficking crimes unknown. Guyanese nationals are subjected to sex and labor trafficking in Suriname, Jamaica, and other countries in the Caribbean region. Some police officers are complicit in trafficking crimes, and corruption impedes anti-trafficking efforts.”

The new APNU+AFC administration has promised to tackle the problem more. While the parties of the coalition government were in opposition up to a few months ago, they pressed the former government to implement serious measures to address the problem

The Minister within the Ministry of Social Protection, Simona Broomes has already been reaching out into a number of communities on the issue. Before becoming a government official, Broomes headed the Guyana Women Miners Organisation, which is credited with breaking up many of the human trafficking rings across the country.