by Kurt Campbell at UN Headquarters

(New York)  United Nations (UN) member countries will gather at the UN Headquarters in New York, from September 13th for the 71st Regular Session of the General Assembly.  They are expected to recommit to the 2030 agenda of implementing 17 Sustainable Development Goals (SDGs).

Although progress has been recorded, member states will also use the platform to address challenges that affect them at home in ensuring proper implementation of the Goals.

But ahead of the General Debate which kicks off on September 20th, the Special Advisor to the UN Secretary General on the 2030 Agenda for Sustainable Development and Climate Change, David Nabarro, has offered free advice to countries, especially small states like Guyana, for ensuring full implementation of the Goals.

He explained that in order to address this issue, governments across the world must first ensure that their development agenda is aligned with the SGDs. He said the goals and the commitment given towards the implementation should be treated like a “political manifesto”.

Mr. Nabarro believes that financing for the implementation of the SDGs must come from the private sector and national budgets.

He urged the importance of paying taxes as a means of garnering adequate revenue to support the goals’ implementation in individual countries.

“Most of the money for future development is from businesses. What we need to be doing is ensuring that all investments, by all businesses are in line with the sustainable development goals and we need to say that no business should be operating in a way that affects the environment,” he charged.

He said that outside of the support from businesses, governments also need money to finance the agenda.

Nabarro took what has so far been an esoteric issue down to a very human level by showing how each individual also has a responsibility to ensure the implementation of the SDGs. 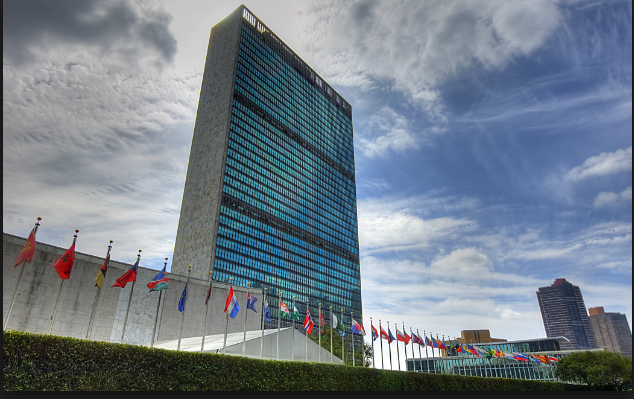 Nabarro said he was satisfied with the progress that has been made during the first year on implementing the SDGs.

The global Sustainable Development Goals were agreed upon by Heads of State and Government and High Representatives during a meeting at the United Nations Headquarters in September 2015.

Governments have the primary responsibility for follow-up and review, at the national, regional and global levels, in relation to the progress made in implementing the Goals over the fifteen-year period.