With all of that being done, the US Energy Envoy believes that it will remain important for the government to place priority on the benefits that the country could derive from the sector and the importance of protecting the sector. The U.S State Department’s Special Envoy and Coordinator for International Energy Affairs, Amos Hochstein says the US Government is excited about Guyana’s oil producing prospects, but he encourages Guyana to focus on ensuring the proper frameworks are in place that would see the country reaping the real benefits from the sector.

The US official is also of the view that Guyana should pay attention those neighbours in the region that would have done well in oil production while being wary of those with a record of bad governance.

A number of countries have been reaching out to Guyana to offer help, since the announcement of the major oil finds.

“Guyana is new to this business. It’s not been an energy producer before and so it is unfair to expect it to have the expertise so we are trying to help with that. But you have some neighbours that have done a good job about it and some neighbours that are quite frankly not a good model for good governance or for good practices and I’d be wary of those and I’d take advantage of the positive ones”, Hochstein said.

The two closest oil producing nations to Guyana are Venezuela and Trinidad and Tobago.

Just over a year ago, US Company, Exxon Mobil, announced major oil finds just offshore Guyana in the country’s maritime zone.  The discovery could see hundreds of millions of barrels of oil being pumped from the wells.

In an exclusive interview with News Source from his Washington DC office, Mr. Hochstein reminded that the United States has been supportive of Guyana in the field of energy and that support will remain.

However, he noted that the time is ideal for Guyana a this stage to ensure it puts regulations in place for the sector. He said “I think the discovery that was made by Exxon Mobil and the announcement of a second discovery, from the two wells in the Stabroek bloc, I think that these reserves are very exciting and very promising.”

“I think the most important thing is to take advantage of the fact that Guyana is new to this sector because it is a lot harder to make good reforms and good governance after the fact. It is better to do it ahead of time”. 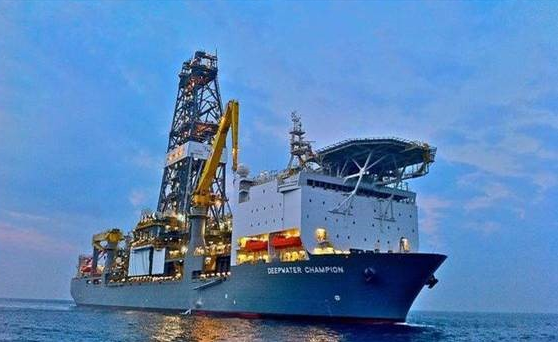 Hochstein recalled that there are many countries in the world that have had oil resources of significant levels for decades but remain poor, “and that is a saddest state of affairs”. He said situations like those are referred to as the oil curse, and it is such a curse that a country like Guyana should protect itself against.

“Governments should establish, ahead of time, responsible and good governing legal regulatory and fiscal frameworks that would help them protect the interests of the country while at the same time, continue to attract, good high quality investors”, he advised.

Noting that the Government of Guyana has already started to move in the right direction when it comes to ensuring the interests of the country are protected, Hochstein said he could not have been more proud of Guyana “for taking these difficult steps”.

According to the high ranking US Energy official, Guyana and the US started discussions in the area of oil production and energy over five years ago. He said “we have already engaged over the last several years, with Guyana, my office at the State Department, with a partnership with the government to help them design the type of good governance that would take advantage of lessons learned from other places to design a good regime for managing the revenues from the oil and gas”.

Guyana, through its Ministry of Natural Resources, has been reaching out more to the international community for guidance and assistance as it prepares for an oil producing future.

The Guyana government has also been meeting with stakeholders as it prepares improved legislation to govern the sector.

Earlier this week, a members of the private sector launched an Oil and Gas Association. The Association is expected to work along with government in critical areas that are related to the sector and the benefits that it could bring for the Guyanese economy.

With all of that being done, the US Energy Envoy believes that it will remain important for the government to place priority on the benefits that the country could derive from the sector and the importance of protecting the sector.

He explained to News Source that it is important for Guyana to take “one step at a time” and for the country to first figure out governance structures that would ensure it signs the right contracts with the right companies and that the revenues would be treated in a transparent manner.

“Once the development of the oil field starts and you can see the level and flow of oil, and you know how much you are actually getting, I think that’s when you can have the conversation with private sector advisory experts and the World Bank to see how to best modify it. And at that point, I think we will also give our advice together with all of those entities, to see if its good to have a downstream agency and what creates the most jobs. But it has to make economic sense for the country.  You don’t want to depend on just dollars coming in, you want to have an economy. And you want to invest on infrastructure that will create jobs for the long term”, Mr. Hochstein said.

With the US elections just weeks away, Mr. Hochstein said while he does not know who will be the new President, he is confident that because of the good relationship between Guyana and the US and the longterm partnership in the energy sector, the United States government will continue to lend support to Guyana in the oil and gas sector, while offering more expertise to ensure development.

Back in August, Exxon Mobil,  which has confirmed significant oil discovery offshore Guyana, advised that actual oil production could begin over the next five years.

In June, the company announced that drilling results from the second well offshore Guyana, confirmed a world-class discovery with a recoverable resource of between 800 million and 1.4 billion oil-equivalent barrels.

The company has indicated that is working to put all systems in place for that major takeoff, where an estimated 100,000 barrels of oil are expected to be produced per day.