Walter Rodney COI Report will be made public after Cabinet review -Pres. Granger

The Head of State and the coalition government by extension have been coming under increasing criticism from sections of society for the delay in making the report public. President David Granger is asking Guyanese to exercise patience as his Cabinet reviews the Walter Rodney Commission of Inquiry report before it is made public.

He told reporters on Wednesday that he has every intention to make the report public but that will only be done after the Cabinet would have had a chance to review the document.

He said once this is done, and Cabinet comes to a decision, copies will be sent to the family of the late Dr. Walter Rodney and it will be laid in the National Assembly where it will be accessed by the political opposition and the public.

“Cabinet has not made any decision but it will in due course. I will release it, I am not afraid of releasing it. Let the public judge for itself,” Mr. Granger added.

The Head of State and the coalition government by extension have been coming under increasing criticism from sections of society for the delay in making the report public. 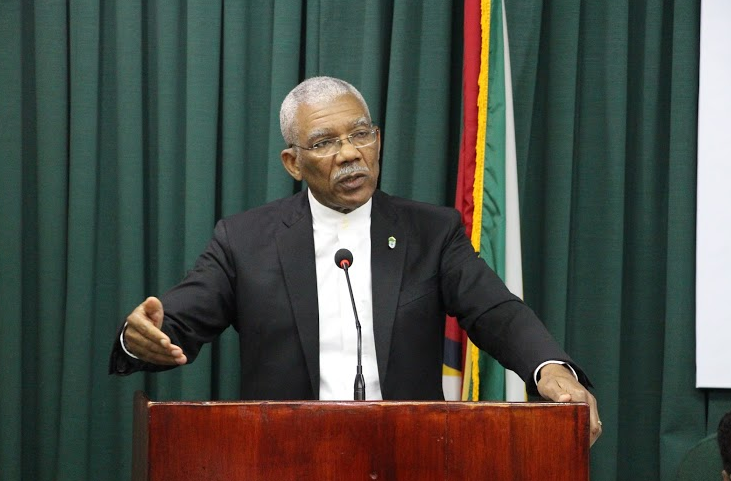 “All I ask is for time to give the Cabinet an opportunity to peruse it and an announcement will be made,” he added.

President Granger said the document was laid before Cabinet yesterday and will be discussed at a meeting of the Executive Committee of the People’s National Congress Reform (PNC/R) later this afternoon.

The PNC/R is one of the six parties in the coalition along with Rodney’s founding party, the Working People’s Alliance.

Mr. Granger expressed the view that all political parties will be able to also make its own pronouncement on the report.

The Walter Rodney CoI was set up in February 2014 by former Presdient Donald Ramotar to inquire into what led to and who was responsible for the bomb blast that killed Guyanese Politician, Dr. Walter Rodney. He was killed on June 13, 1980.

President Granger has dismissed the report as being deeply flawed. He said the Commissioners, headed by Sir Richard Cheltenham depended largely on hearsay evidence in its determination that the Burnham led PNC government was responsible for Rodney’s death.

Mr. Granger is the current leader of the People’s National Congress Reform. Asked if another CoI would be carried out in keeping with his comments, the President said he doesn’t think it would be necessary. He stressed that persons are free to make their opinions public.  (Kurt Campbell)