“Whistle” and accomplice remanded to jail on robbery and other charges

The Court was told that on the 25th August, 2018, the two allegedly robbed Shazida Hussain of $90,000 cash while armed with a gun in the vicinity of Hadfield Street, Georgetown. Unable to walk, robbery accused, Leon Duncan aka “whistle” had to be lifted into the Georgetown Magistrates’ Court today on a stretcher, to face multiple criminal charges.

Duncan was shot last week, during an alleged scuffle with a Policeman after allegedly robbing a woman in the city.

In Court today, he was charged with robbery and two counts of assaulting a Police officer.

Lawrence denied the allegations leveled against him.  Both men were remanded to jail.

The Court was told that on the 25th August, 2018, the two allegedly robbed Shazida Hussain of $90,000 cash while armed with a gun in the vicinity of Hadfield Street, Georgetown.

The men were reportedly trailed by an off-duty Police officer who managed get backup to the scene but during an attempt to effect an arrest of Duncan, the two got into a scuffle. 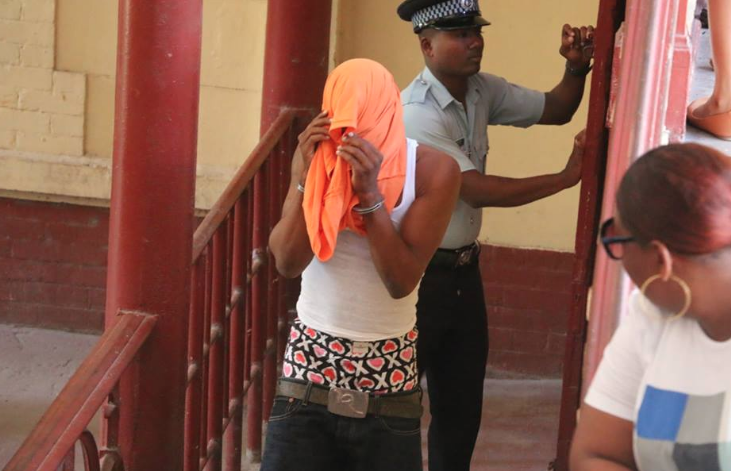 The Police Force claims that during that scuffle, the accused attempted to relieve the Police officer of his weapon, but he was shot to the leg.

Additionally, on the 15th April at the National Gymnasium, he allegedly discharged a loaded firearm in the public during a football match.

The two men will return to Court in the new month for the continuation of the case.