On a Mission to get this music done – Gordon Andres Gordon Andres is on a mission to change the face of music one note at a time through his voice and sound. Although this Guyanese born up and coming R&B artiste is relatively new to the music scene he has picked up a large following since he launched his début single over a year ago and he never imagined that one year later he would have released an entire mix-tape and step his game up with his music. Still he is humble and makes it known that the best is yet to come.

Born in Linden, the R&B newcomer is trying to etch a name for himself in what is already a crowded market. He believes he brings something different to the table that could catapult his career.

Gordon began singing from the age of five, first in his home then at Church then at school in Mackenzie. He remembers his days in Linden singing at the Schools calypso competition and representing Linden at the national level. He boasts of always returning home a winner back in those days. When he sat down to speak with us, he even remembered the calypso songs he sang back then and laughs as he reminds us that he has moved away from that now but will never forget where it all began at the Regma Primary school. 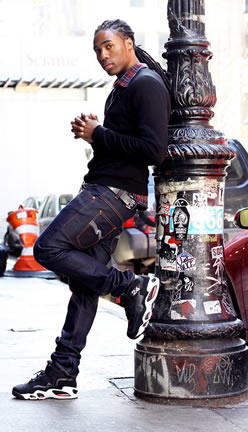 The young singer admits that he always had a love for soul and R&B music and says the passion that he has for music is responsible for the major step he has made.

When he migrated with his family to New York, education came first and his mother ensured he knew that every single day. He said he is grateful to her for the role she played in keeping him grounded all of these years.
He quickly moved through the US education system and started to follow his dream. 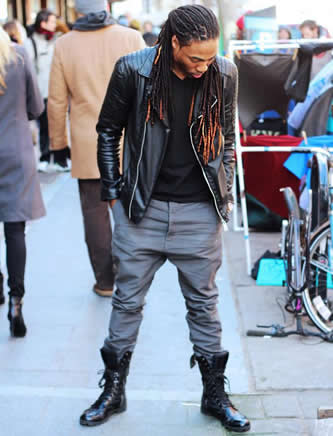 “I would spend 12 to 15 hrs a day in the studio, just going over and over my music, trying to reach that near perfection. I know I am not there as yet but I have a pretty good feeling I am on my way there” he says with a small grin on his face.
He never stands back from telling his story about his love and commitment to music. “I would spend all my savings and all my earnings from my 9-5 on my music, totally on my music, on the band, on the studio, on the tracks. I really wanna get this. I must get this. This is me. This is my time” he said.

Gordon has since launched his début music project, the mix-tape aptly titled “My Time”. It is available for free downloads on his website www.GordonAndres.com

The website was launched simultaneously with the mixtape and he is excited about that project too. “I want to make the website more than just a portal for my music. It’s already complete and was done by a young web designer who lives in Guyana. We met on Facebook through a friend and I am pleased with gordonandres.com, its kicking I tell you”, he told us.