The government ministries appear to be coming up against each other big time as they gear up for Mashramani.

Eight models, all of them staff of the Ministry, presented the costumes, with Minister of Public Infrastructure, David Patterson, and Minister within the Ministry, Annette Ferguson, on hand for the launch.

Both ministers lauded the costumes and opined that the costumes will be one that will set the Ministry apart from its competitors.

Marvelling at the costumes’ designs, Minister Ferguson commended the designer, Nelsion Nurse, for developing a concept that was vibrant and one which met the Ministry’s vision. She also thanked the Ministry’s Mashramani Planning Committee and the participating agencies for stepping up to the plate and ensuring the Ministry’s involvement in the annual event. 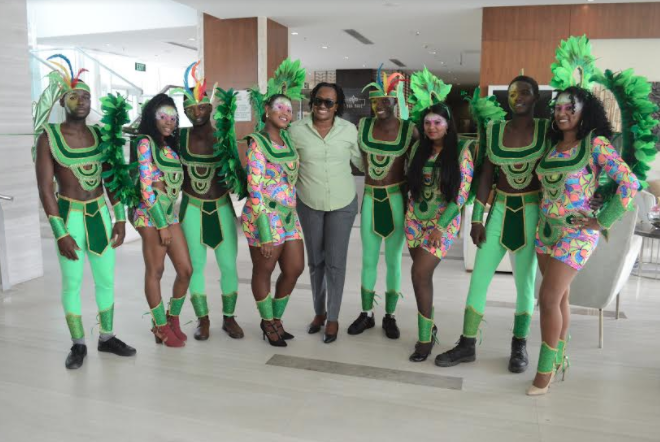 The Ministry will be participating in this year’s costume and float parade as a medium sized band.