A senior official of the Government confirmed the diagnosis to News Source this evening and explained that the Guyana Embassy in Cuba will issue a full release on the development within the next 24hrs. Guyana’s President, retired Brigadier David Granger, has been diagnosed with Non-Hodgkin’s Lymphoma and will begin chemotherapy treatment on Thursday.

A senior official of the Government confirmed the diagnosis to News Source this evening and explained that the Guyana Embassy in Cuba will issue a full release on the development within the next 24hrs.

The President, who traveled to Cuba two weeks ago to investigate some health concerns, is expected to remain in Cuba until the completion of his chemotherapy treatment. A timeline for that treatment has not been provided, but it is likely to take a few weeks.

President Granger will also have to remain in Cuba until his doctors give him the all clear to travel, according to the Government source.

The senior Government official told News Source that doctors have given the President “a good prognosis” and he is expected to make a full recovery, once treatment is completed.

“He is in good spirits”, the Government official said.

The American Cancer Society describes non-hodgkin’s lymphoma as a cancer that starts in white blood cells called lymphocytes, which are part of the body’s immune system. 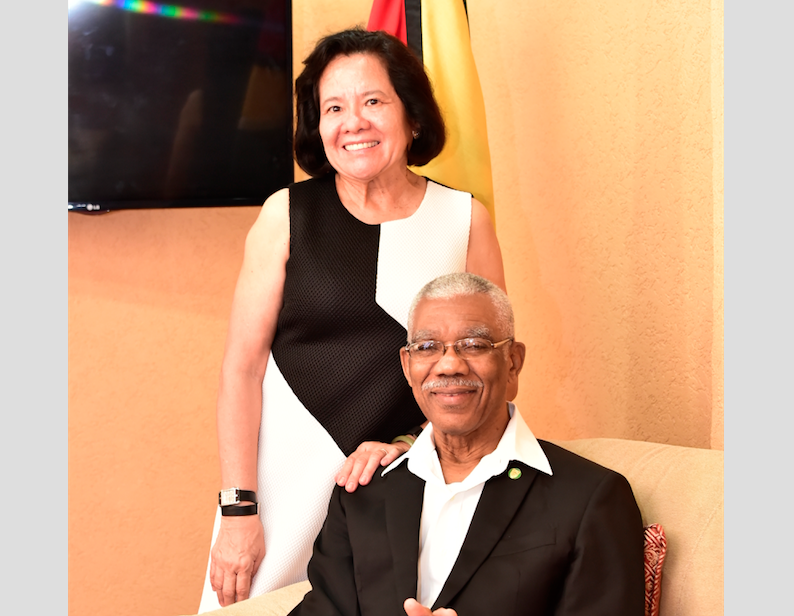 President and First Lady just before they departed for Cuba in October.

“Lymphoma affects the body’s lymph system (also known as the lymphatic system). The lymph system is part of the immune system, which helps fight infections and some other diseases. It also helps fluids move through the body. Lymphomas can start anywhere in the body where lymph tissue is found”, the American Cancer Society explains on its website.

The 73-year-old President left Guyana on October 30th for Cuba, days after returning from a health check with his doctors in Trinidad and Tobago. His decision to travel to Cuba was on his doctor’s advice. He had complained to his doctors about losing his appetite and noticing a weight loss.

Since being in Cuba, the President was hospitalised and a surgical procedure was conducted on him as part of the probe to determine his diagnosis.

The President is in Cuba with his wife, First Lady Sandra Granger, and has reportedly been checking in with his office and senior government officials regularly.

UPDATE FROM EMBASSY IN CUBA