The $300.7 Billion budget was presented under the theme: “Transforming the Economy, Empowering People, Building Sustainable Communities for the Good Life.” The 2019 Budget which was presented by Finance Minister Winston Jordan today in the National Assembly outlines a number of fiscal adjustments, which he believes, will provide benefits for employees and senior citizens.

The $300.7 Billion budget was presented under the theme: “Transforming the Economy, Empowering People, Building Sustainable Communities for the Good Life.”

He also proposed an increase in Public Assistance from $8,000 to $9,000. Minister Jordan boasted that this brings the increases to the two programmes to 55 per cent and 53 per cent, respectively, since the Coalition Government took office in 2015.

With the two coupled, the Minister noted that both increases, which take effect from January 1, 2019, will result in persons taking home an additional $800M in 2019.

He noted too, that this represents a 30 per cent increase in the threshold, since the Government came to office in 2015, and approximately $805M being returned to taxpayers for that year.

Meanwhile, for 2019, there will be no adjustment in the Value Added Tax (VAT) regime. However, several new exemptions were proposed by the Minister. Among these are:

Exemption from VAT, equipment and chemicals for water treatment and production plants.

Exemption from VAT, orthopedic appliances and artificial parts of the body 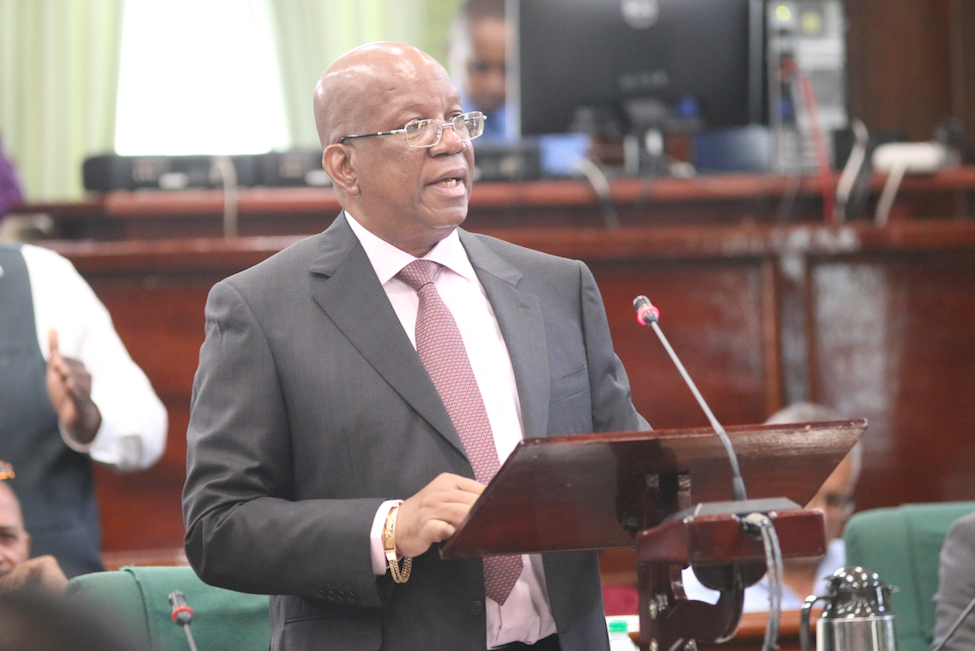 Exemption from VAT, Educational Robot Kits, in order to boost the ―Reading & Robotics‖ programme targeted to children in communities all across Guyana; to encourage more young people to become avid readers; and to develop necessary soft skills like communication, collaboration and conflict resolution.

Exemption from VAT, boats used in rural and riverain areas designed for the transport of goods and persons not exceeding 7.08 cubic metres (250 cubic feet). The import Duty of 5% will also be waived.

Differently abled persons will also benefit from Excise Duty and VAT, Minister Jordan announced. He said that vehicles used by these persons or vehicles that will be converted for their use will benefit from these introductions. However, he noted that these vehicles “must be able either to be driven by the disabled person, or designed for such a person”.

Further, Government will examine the feasibility of granting a tax rebate on handsets with accessibility features for persons living with disabilities, he revealed. (by Ravin Singh)