"We believe that the budget measures, if implemented as they are proposed, will have a negative impact on the economy and growth. In our view, the achievement of the projected growth will be extremely difficult, if not impossible to achieve", the report said. The Ram and McRae Chartered Accounting firm has completed its review of the 2017 national budget and in the analysis, the company has come to the conclusion that the economy could see a greater slow down if the budget measures are implemented as proposed.

“We believe that the budget measures, if implemented as they are proposed, will have a negative impact on the economy and growth. In our view, the achievement of the projected growth will be extremely difficult, if not impossible to achieve”, the report said.

The accounting firm believes many of the proposals in the budget in relation to taxes are unnecessarily penal, disproportionate, and unfriendly and can drive some taxpayers underground at a time when the call is for a widening of the tax net.

One of the biggest measures that has received the most pushback is the government’s decision to add the Value Added Tax to water and electricity even as it reduced the overall VAT rate from 16% to 14%.

Ram and McRae point out that VAT is also going to be added to other items that previously did not attract VAT and consumers will face the pressure with higher prices.

According to Ram and McRae, the proposals in relation to VAT are substantial but represent a substantial rejection of the main principle of a VAT system.

“Items such as medical services and prescription drugs will now be subject to VAT – it is hard to believe that this is what was intended. But the Minister only focused on Water and Electricity. We have tested the proposals and found them to cause an increase in prices including on a most basic food item – bread. At the practical level, these proposals will therefore be inflationary”, it noted. 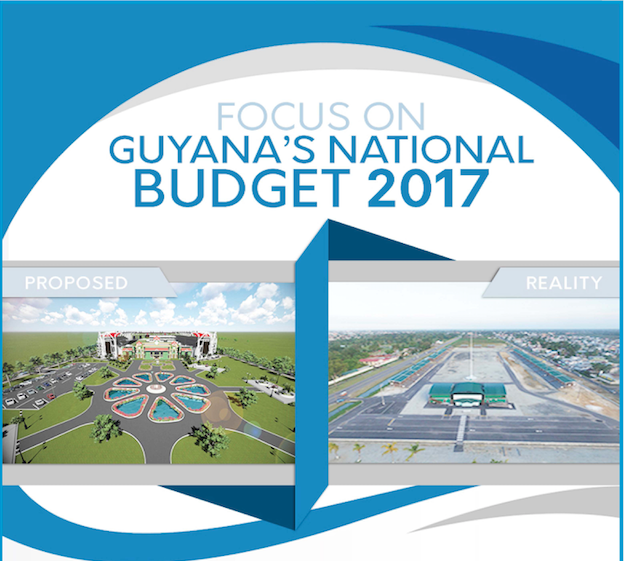 Finance Minister Winston Jordan has been attempting to defend the measure as a way of the government pushing for conservative use of both water and electricity.  Only consumers whose electricity bill goes over $10,000 per month and whose water bill goes pass $1500 per month will see the 14% tax being added to those bills.

But many citizens are not buying that proposal and on radio shows and on social media, they are hitting back at the administration for moving to implement a value added tax on two commodities that are not made available in high quality and with a steady and consistent flow.

Jordan has admitted that it is likely that the introduction of the tax could trigger price increases for various commodities and services in the shops and supermarkets but he has reasoned that “there are two things that are guaranteed in this life. Death and taxes”.

The Ram and McRae Accounting firm suggests that some of the budget measures were inarticulately communicated or were misconceived and offers the example of “the so-called 40% tax rate combined with the alternative personal allowance will lead to regressivity and not progressivity in the tax system. Higher income tax payers will actually pay a lower rate than lower-middle income tax payers. In other words, instead of a progressive system, we will have one that is regressive. When combined with the changes in VAT, our tax system becomes totally regressive, which can hardly be what was intended.”

Guyana recorded a 2.6% growth rate in 2016, which was far below the projected 4% that the government was expecting.

For 2017, the Finance Minister is projecting a growth rate of just above 3.5%.

Ram and McRae says in its view, the achievement of the projected growth will be extremely difficult, if not impossible to achieve.

The company has been conducting and publishing budget reviews and analysis for over 15 years.  Well known Chartered Accountant, Christopher Ram is the main partner in the company.