President David A. Granger at 4 o’ clock this morning, summoned an emergency meeting of the Cabinet in wake of the current flood situation affecting Georgetown and other areas along the coastal regions of Guyana.

The following decisions and actions were taken as a result of that emergency meeting: 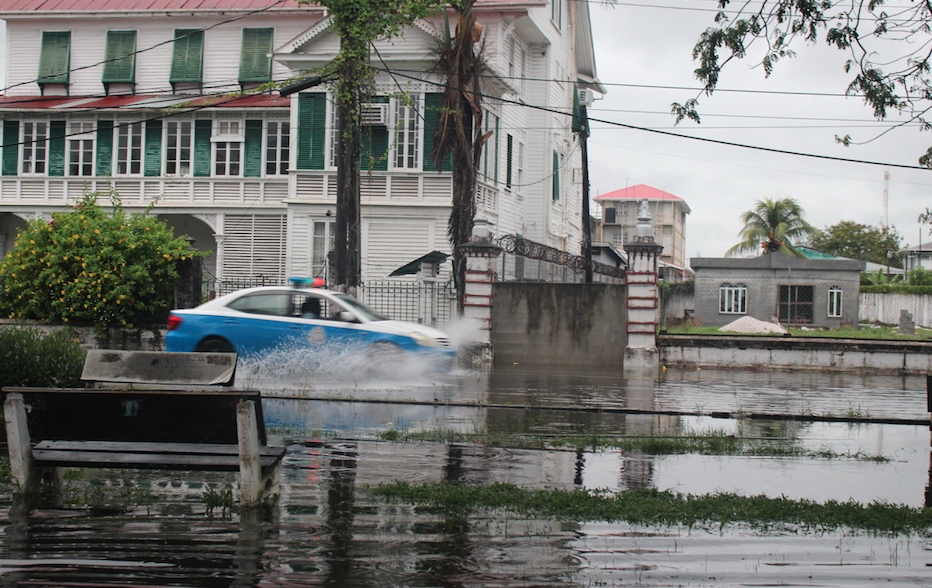 The President has been briefed on the situation by the Minister of Public Infrastructure and was assured that all mechanical pumps in the city were operational during the night.

At low tide, at 7:00 am this morning, all sluices in Georgetown were opened, with the exception of the one at Sussex Street, which is under repairs.  The government believes that the move will bring some measure of relief to the higher sections of Georgetown.

Rainfall of approximately 20mm – 40mm is anticipated in the next 12 hours, and that could contribute to additional flooding in low-lying areas.