Canada-based oil exploration company – CGX Energy – announced on Friday that it had been granted an extension by the Guyana government to continue its oil exploration activity in the Corentyne block offshore Guyana.

The company said it was very excited about this extension; particularly in wake of the recent oil find by U.S oil giant Exxon Mobil in the Stabroke Block offshore Guyana,

He said the move in no way impacts on its concession located in the Corentyne Block.

The area where CGX will be drilling is located less than 100 miles from Exxon Mobil’s Lisa well and fall outside of Venezuela’s new boundary claims.

The Company also announced that it does not view the border claims from Venezuela to have a material impact on the Company’s acreage offshore Guyana. 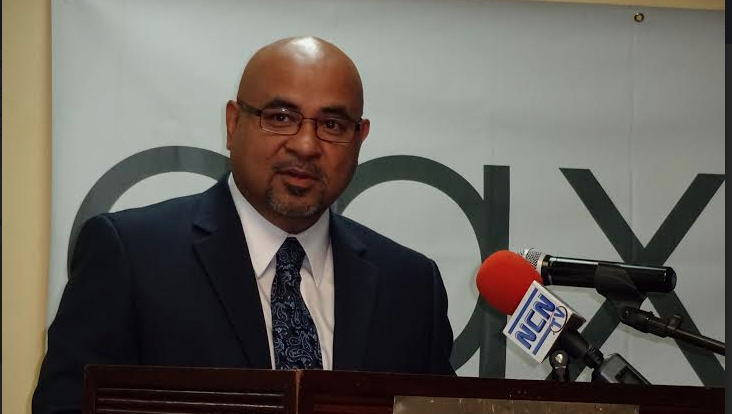 These extensions were granted to allow the Company to determine how best to explore the acreage given recent positive developments in the basin related to the discovery of hydrocarbons. The Corentyne Block is 100% owned by the Company

“The Company deeply appreciates the co-operation of the Government of Guyana in granting the spud date extension to CGX Energy.  This will allow us the time to design and plan for the spudding of the next exploration well on the Corentyne Block as we are very encouraged by the recent discovery by ExxonMobil on the Stabroek Block located approximately 120 miles offshore Guyana and immediately adjacent to the Corentyne Block.  CGX Energy, being one of the longstanding operators in the basin, is delighted to affirm its continued commitment to Guyana and to exploration of the Guyana-Suriname Basin.  This is an exciting time for Guyana and the Guyanese people,” Professor Narine said.

Dewi Jones, Chief Executive Officer of the Company, commented: “The extension on our work commitments allows the Company to technically weigh how best to proceed with our drilling campaign. We are currently investigating joint ventures to drill the next exploration well given the renewed interest in the Guyana-Suriname Basin.  However, in the event we are not successful in attracting a suitable joint venture partner, the Company will seek alternative financing structures in order to drill the next well and meet its work commitments in Guyana.”

CGX overall holds three blocks in Guyana, the Corentyne, the Demerara and the Berbice, drilling already, two sets of wells, three offshore  and three onshore. The offshore wells are Eagle (100%), Jaguar (25%), and Horseshoe (100%); onshore ones are all completed-Hermitage, Albion and Yakusari.