The Bill was first passed in 2013, when the current government held the majority in the House as the opposition but it failed to receive the assent of former President Donald Ramotar

The National Assembly on Thursday passed the Fiscal Management and Accountability (Amendment) Bill 2015 which seeks to give financial independence to several Constitutional bodies.

The Bill was first passed in 2013, when the current government held the majority in the House as the opposition but it failed to receive the assent of former President Donald Ramotar.

The Bill seeks to extend the application of the Act to the responsible Minister and to establish the financial independence of certain Constitutional entities, including Service Commissions. This specifically allows for lump sum payments to be made to these Agencies and to free them from the automatic obligations of Budgetary Agencies and the discretionary powers exercised by the Minister of Finance over Budgetary Agencies.

The 2015 amendment Bill was put forward by Finance Minister Winston Jordan. Jordon in his brief presentation said he believes the obligations compromise the agencies’ independence which they are intended to have as contemplated by the Constitution.

The Bill also seeks to amend the Schedule to the Fiscal Management and Accountability Act to ensure its consistency with the spirit and letter of the Constitution with regard to the independence of the listed entities and the relevant motions adopted by the National Assembly. 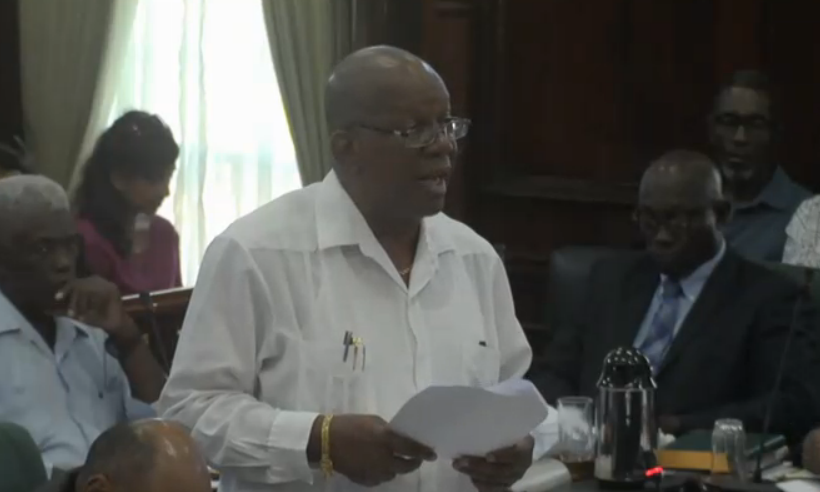 The Bill was passed in the absence of the opposition People’s Progressive Party which is still to take up its seats.

When the Bill first made its way into the National Assembly in 2013 it was met with strong resistance. The APNU+AFC government had promised to return the Bill to the House for another debate and passage while contesting the just concluded elections.