The Minister said it should be noted that the route is a much shorter route than the one utilized for years which will allow participants, especially children to be more comfortable. "I can find disadvantages too but we must focus on the advantages," Henry said. With only two more days to go for Guyana’s 50th Independence anniversary, Minister with responsibility for Culture, Nicolette Henry on Tuesday defended the change in the float parade assembly point and route as “children friendly.”

The National Commemorative Commission, which is the body coordinating the events for the 50th Independence celebrations, announced a change in the assembly point on Monday.

Guyanese were told, three days before the parade, that floats will now assemble at the Stabroek Market Square and move along Brickdam into the Durban Park.

When asked about the reason for the shift, Henry said it was as a result of the space at Stabroek becoming available due to the removal of the bus park and vendors from the area.

The Minister said it should be noted that the route is a much shorter route than the one utilized for years which will allow participants, especially children to be more comfortable. “I can find disadvantages too but we must focus on the advantages,” Henry said.

Persons are concerned that the route will significantly constrain vending operations but the Minister also assured that well over 70 vendors were registered to ply their trade along the route. The float parade on May 26 will be preceded by the flag raising ceremony on the evening of May 25.

The formal programme will start at 10PM at Durban Park, which has an estimated seating capacity of  over 20,000 and will include the usual cultural show of dancers, drummers choirs and dramatists.

It will also see a Joint Services band display by the Guyana Police Force and the Guyana Defence Force followed by the military parade and the hoisting of the Golden Arrowhead. The first float on May 26th will take off at 10am from Stabroek Square led by children.

There are 10 children floats and 27 adult floats registered. Cordinator of the float parade, Mr. Lennox Canterbury said it is expected that the event will be greatly attended. He assured that security and other transportation provisions will be in place. 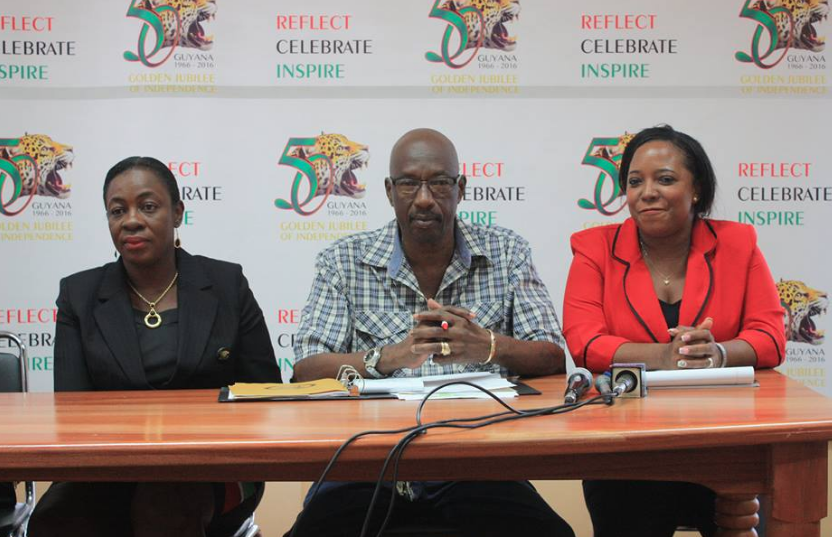 There will also be the usual judging of the floats. Guyanese are being encouraged to come out and celebrate the country’s Independence anniversary in colours of the Guyana flag.

The coordinating team said the advent of the rainy season should not dampen expectations. This year’s float parade was not held in February but was shifted to May to coincide with Independence celebrations.