The fire service was summoned to the scene just after 2:00am according to eyewitnesses who reported seeing the blaze inside of the wooden building as it quickly engulfed the entire structure. An early Sunday morning fire completely gutted the Chinese General Store in the old AH&L Kissoon’s building at the corner of Robb and Camp Streets, leaving nothing but ashes and millions of dollars in losses behind.

The fire service was summoned to the scene just after 2:00am according to eyewitnesses who reported seeing the blaze inside of the wooden building as it quickly engulfed the entire structure.

When the fire service arrived on the scene, it took the fire men a while to get to work as the fire criss-crossed its way through the building which also housed a small restaurant and another small business.

The firemen were left holding empty hoses as they searched for water sources in the busy downtown shopping district. 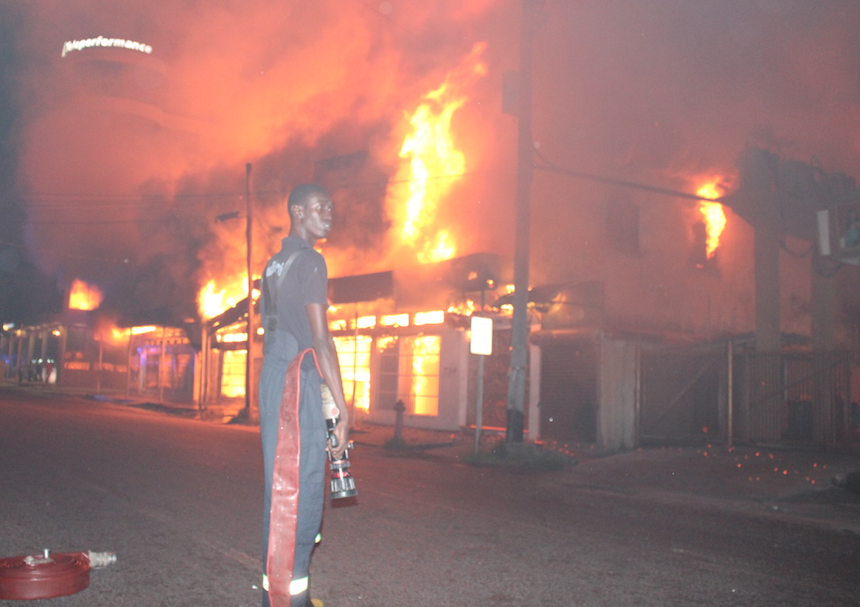 At least three fire hydrants located near to the building were all not working. Firemen were forced to run their hoses to the garbage and silt filled trench at the corner of Camp Street and North Road. That created even more problems, as the pump system encountered difficulty with the thick mud and garbage in the trench.

Fire tenders and water tankers had to be rushing to and from the scene as they were able to source water from another area.

Within thirty minutes the entire building was gutted and loud explosions could be heard coming from the inside. The Chinese store carried a number of electronic and household items for sale. 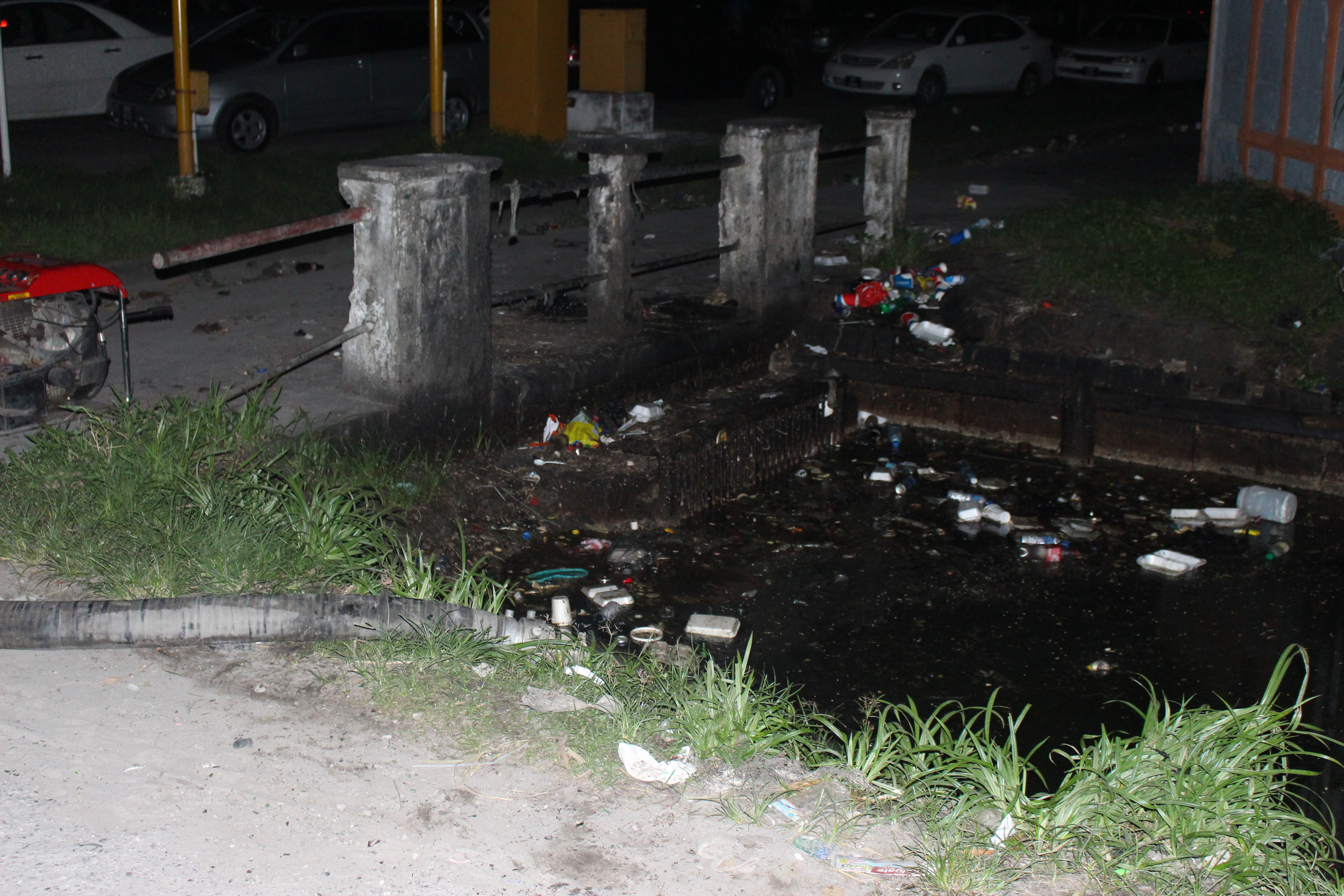 The raging fire shattered the glass windows and showcase glass of the nearby Republic Bank as the fire alarm in that building came on.

The building was eventually full of smoke. The fire also threatened the nearby City Mall at the corner of Regent and Camp Streets.

Just about 4 years ago, the mall was saved from a major Regent Street fire that gutted several businesses.

Scores of persons gathered at the scene and voiced their concerns loudly about the apparent inability of the firemen to effectively tackled the problem. 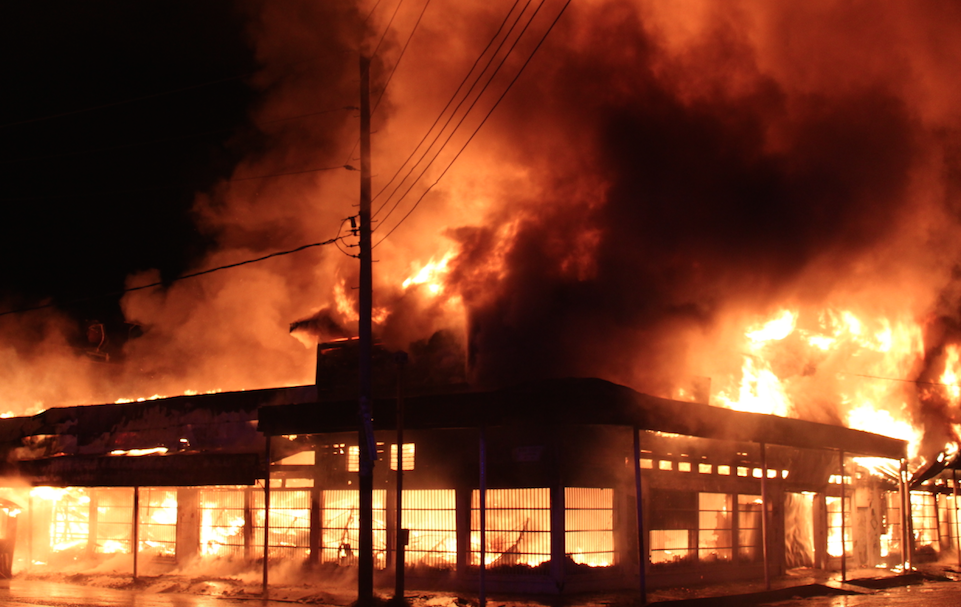 The entire building engulfed in flames

One man who said he was one of the first persons to spot the fire shouted that “this is nonsense. This fire going on long long long and it seems more than the fire service. They cant even find a water source to get water for the building so everything just went up fast fast”.

A homeless woman who was sleeping on the pavement nearby also shouted at the firemen as she pointed out that the fire was catching on to power poles nearby.

This is not the first time that a major fire has completely destroyed the same Kissoon’s building. A couple of years ago, the same building was completely gutted. It was eventually rebuilt but the Kissoon family rented it out to Chinese businessmen as they scaled down the operations of their own business.  (Story and photos by Gordon Moseley)