This year's month long observances will take place under the theme: "Promoting wellness in communities through quality education." Newly appointed Minister of Education, Nicolette Henry on Monday extended appreciation to her predecessor, Dr. Rupert Roppnarine for his distinguished service to the development of education sector.
Henry who served under Dr. Rooopnarine as the Minister with responsibility for Culture, Youth, and Sport, replaced him after he was shifted to the Ministry to the Presidency as the new Minister of Public Service.
Henry said she is grateful to have had Dr. Roopnarine’s counsel and guidance over the last two years and takes up her new post with much optimism.
“He [Roopnarine] is a tough act to follow. He has passed on a Ministry that is primed to continue the mandate of every child matters,” he said.
The new Education Minister said she is humbled to continue what has already started and said the Ministry seems well positioned to deliver.
“I have seen your capabilities and your performance which can only be measured by tangible results,” she said while addressing students, educators and Education OFficials at the launch of Education Month 2017.
This year’s month long observances will take place under the theme: “Promoting wellness in communities through quality education.”
Minister Henry said the results from this year’s exit examinations at the primary and secondary levels have revealed both highs and lows but has also revealed that there is still work to be done.
She said the sector is poised for a massive turnaround but underscored the need for education stakeholders to have all hands on deck if the turnaround is to be successful.
The Minister said she expects a team effort from stakeholders. 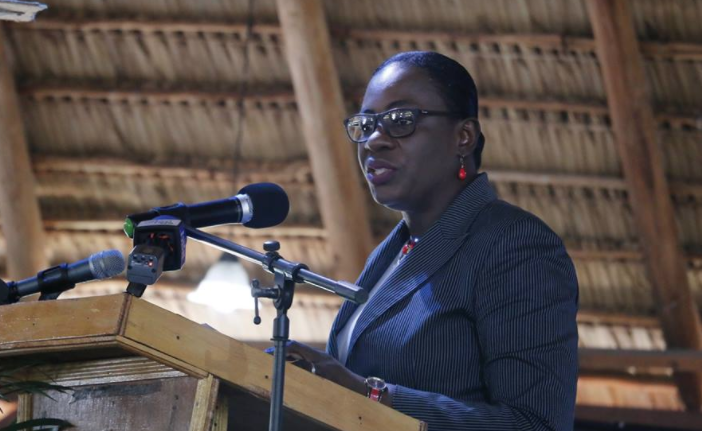 She said the Ministry’s priorities over the next month will be focused on reducing the disparity in education, improving quality of education by embracing the use of technology in the classroom and ensuring that every child has access to quality education by providing transportation.
Henry said as part of education sector reform, a Department of Education System Innovation and Reform will be created within the Ministry.
Education month activities will culminate on October 5th but will see the hosting of a grand rally at Durban Park on September 15th to commemorate National Education Day.
The Minister was backed in her call for support by Chief Education Officer Marcel Hudson. He said the Ministry is working to ensure children from across the country, including the hinterland, enjoy the best possible education.
Hudson said the Ministry is looking to create a well-rounded curriculum that is not lopsided or one sided.
“Quality education is one of the most basic public services. It enables citizens to contribute to the social and economic development of their communities,” he said as he boasted of a magnificent turnaround of education.
This turnaround, he said, will require the support of the home, school, and community.