Shuttling services refer to the operations between small interior airstrips, mostly to ferry fuel and other cargo. Some airlines would conduct dozens of trips per day between small airstrips. In wake of the crash of three aircraft, which were all operating shuttle flights at the time of the incidents, the Guyana Civil Aviation Authority has announced an immediate suspension of shuttle services.

Shuttling services refer to the operations between small interior airstrips, mostly to ferry fuel and other cargo. Some airlines would conduct dozens of trips per day between small airstrips.

The temporary ban goes into place today and will remain in place until airline owners and operators and the GCAA come up with regulations to govern the service.

The announcement of the suspension was made this afternoon by Director General of the Guyana Civil Aviation Authority, Retired Colonel, Egbert Field.

Mr. Field told journalists at an afternoon press conference, that although he knows the move could impact on the mining sector and some communities,  it is at times necessary to “break off a branch” to save a tree.

He said the GCAA met earlier today with local aircraft owners and operators and informed them of the move. According to Mr. Field, while the decision was not welcomed by many of the operators, he believe they understand the need for clear and precise regulations to govern the airline shuttling industry.

Regulations have never existed to cover the shuttling of fuel and cargo in the interior region.

Mr. Field said while he believes this may have been as a result of  a small number of aircraft involved in the service, the industry has been growing and changing over the years and there is now the need for regulations. 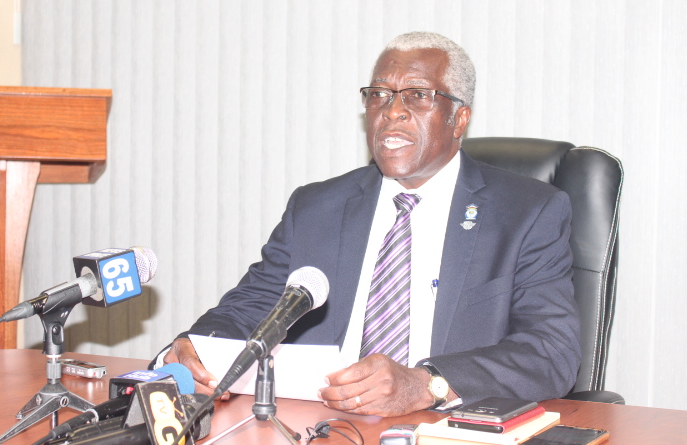 He noted that there are now over 70 aircraft registered in Guyana and many of them are involved in shuttling therefore the need for regulation exists.

Referring to the recent accidents, which occurred over the past month, the Director General said all three aircraft were involved in shuttling at the time of the three crashes. Two of those accidents were fatal.

According to the GCAA Director General, at many of the interior airstrips, there is no clear information existing regarding the loading of aircraft and the refueling of aircraft.

Asked how the civil aviation body intends to monitor aircraft heading to the interior to ensure they are not involved in shuttling, Mr. Field noted that Air Traffic Controllers would be playing a big part in that monitoring.

He explained that all flights across Guyana have to be reported to Air Traffic Control and if there are flights that have not been reported and a flight plan furnished, then those flights could be considered illegal and the pilot and the airline could face sanctions.

There are scores of flights that occur daily between many of the interior locations. Miners usually utilise the service for the transport of fuel and other items to parts of the interior that may not be accessible by road.